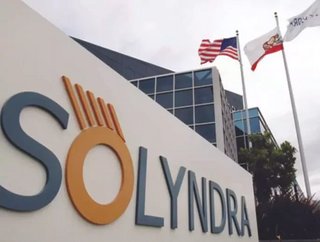 After having received a $535 million loan guarantee from the U.S. government, solar panel manufacturer Solyndra LLC filed for bankruptcy. The Fremont...

After having received a $535 million loan guarantee from the U.S. government, solar panel manufacturer Solyndra LLC filed for bankruptcy.  The Fremont, California-based company has now been served with multiple search warrants by the FBI at its headquarters.  The FBI is carrying out an investigation in collaboration with the Department of Energy’s Office of the Inspector General.

Solyndra was once hailed by President Barack Obama as a beneficiary of his administration’s investments in a green American economy.  However, last week the company laid off 1,100 workers and filed for bankruptcy, which is odd considering the company posted 2,000 percent growth in sales revenue over the past three years.  Along with the massive loan guarantee, Solyndra secured over $1 billion in private investment.

The company is now being sued by its laid off workers for compensation.

The Republican arm of the U.S. government has been looking into the Solyndra loan guarantee for months now, suspecting something out of the ordinary was afoot.  The House of Representatives’ Commerce Committee has subpoenaed documents from the White House Office of Management and Budget relating to Solyndra’s loan.

Solyndra’s closing on August 31, 2011 also violated the state and federal WARN law, which requires advanced notice of a large layoff or shutdown.  However, the company has stated that it is exempt from the law under the Worker Adjustment and Retraining Act.

The big question on everyone’s mind is: where’s the money?  Not only the government’s money, but the private investors as well.  How does a company with 2,000 percent growth in three years suddenly, and with no warning, go bankrupt?  It sounds like there is definitely some foul play at hand, and hopefully the FBI will bring any criminal activity to the forefront.  It’s truly unfortunate that as solar power finally begins to reach price parity with conventional forms of energy like coal and oil, one company’s poor showing can tarnish the industry’s reputation.  Hopefully this incident will not affect further government investment in renewable energy like solar power.  However, considering the back and forth finger pointing going on in Washington, coupled with election year right around the corner, I have a feeling Obama’s Republican competition will pack this incident away as useful ammo against the president’s green economic policies on the campaign trail.