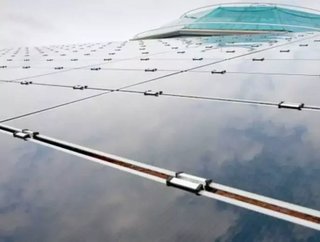 Solar power is making its way from a luxury-class energy to a realistically affordable energy option. As technology advances, efficiencies have improve...

"This is a significant milestone that demonstrates the ongoing potential of our advanced thin-film technology," said Dave Eaglesham, Chief Technology Officer at First Solar. "This leap forward in R&D supports our efficiency roadmap for our production modules and will recalibrate industry expectations for the long-term efficiency potential of CdTe technology."

"This achievement is a direct result of our industry-leading investment in research and development and our commitment to continuous improvement," said Rob Gillette, CEO of First Solar. "First Solar's innovation in both module technology and balance of systems engineering continues to drive us closer to grid parity."

First Solar beat out the previous world record of 16.7 percent set in 2001.  The average efficiency of First Solar’s commercially distributed solar cells is 11.7 percent.  The year prior, efficiency level was just 11.1 percent, showing the gradual progression to greater efficiency.  The company plans to offer cells with efficiency of 13.5 to 14.5 percent by late 2014.  The company’s newest high-efficiency solar cell is likely to expensive for immediate commercial sale.