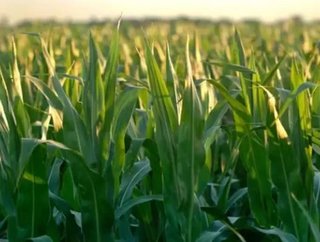 Australian Renewable Fuels Limited
According to Australian Renewable Fuels (ARF), world production of biodiesel is around five billion litres annually; and biodiesel is considered an attractive fuel source due to its low emission levels. ARF was established in 2001 by Amadeus Energy Limited. In 2006, the company completed construction of its biodiesel plants, which currently produce 44.5 million litres of biodiesel annually. The Adelaide and Picton facilities utilize various feedstocks, such as used cooking oils, tallow and vegetable oils, which are considered to be extremely cheap materials.

ARF utilizes the proven Energea process in its plant facilities. The company holds an exclusive agreement with Energea for the use of its technology within the Australasian region and particular areas of North America, including manufacturing rights. ARF’s vision is, “to become the pre-eminent Australian biodiesel producer by managing a planned roll-out of biodiesel plants within Australia.” ARF’s expansion program will involve establishing biodiesel plants overseas as well.

According to CEO, Arnold Klann, BlueFire’s combination of flexibility and experience has allowed the company to become successful.

Klann says, “BlueFire has the unique ability to produce various cellulosic biofuels and chemicals, allowing for a lot of synergistic opportunities. Our technology has been demonstrated by a third party, which has not only validated the technology, but also allowed for BlueFire to be in its unique position as being capable of deploying on a commercial scale.”

“BlueFire has accumulated thousands of hours of continuous operation in delivering cellulosic ethanol,” Klann explains. “BlueFire's process enables us to use mixed cellulosic waste streams to create pure and clean cellulosic sugars, which can then be converted into a wide array of different biofuels.”

Due to BlueFire’s advantage, it has recently partnered with Solazyme, Inc to act as its sugar supplier. BlueFire will be producing cellulosic sugars that Solazyme uses within its algae process to produce biodiesel.

BlueFire is currently seeking financing in order to build the first commercial-scale cellulosic ethanol facility in the United States. Klann says, “We are looking to have that financing completed this year.”

Cosan
Cosan produces clean energy from sugar cane, a renewable and high-performance resource. The largest sugarcane producer and processing company in Brazil, Cosan was founded in 1936 and currently possesses 23 production facilities, 21 of which are located in São Paulo State. Two additional plants are also underway, one of which is being constructed in the city of Jataí in Goiás State, and the other in Caarapó in Mato Grosso do Sul State. Additionally, the company owns and operates four refineries and two port terminals. Cosan produces amorphous liquid sucrose, crystal sugar (VHP), inverted liquid sugar, granulated refined sugar, organic sugar, ethanol and electric energy produced from sugarcane. The company is the third largest sugar producer, and the fifth largest ethanol producer in the world, as well as being the world’s single largest ethanol exporter. During its 2008 and 2009 harvests, the company crushed a record 44.2 million tons of sugarcane. Combined with NovAmérica, its overall crushing capacity is currently approximately 60 million tons.

Coskata
Coskata, Inc. is a biology-based renewable energy business, with facilities located in the U.S. The company was established in July of 2006 by GreatPoint Ventures. After recently scaling up its technology to a semi-commercial scale, Coskata is now in the process of completing designs for its first commercial facility.

Wesley Bolsen, Chief Marketing Officer for Coskata, explains, “Coskata will continue to produce ethanol and demonstrate its commercial viability at its integrated biorefinery in Pennsylvania. General Motors will continue to test the fuel at their Milford Proving Grounds, in Michigan. We also completed the engineering for a 55 million gallon per year wood biomass facility to be located in the south-eastern United States.”

The company maintains a low-cost platform technology, allowing for the production of fuels from a variety of source materials, such as agriculture, biomass and municipal wastes and various other carbonaceous materials.

“Coskata’s affordable, flexible and efficient process makes us a leader in the advanced biofuels industry. We have one of the lowest production costs in the industry and one of the highest ethanol yields-per-ton of biomass. The technology is highly feedstock flexible and has the ability to utilize various sources of feedstock or raw materials,” Bolsen says. “We are one of the few companies that have successfully scaled our technology.”

Bolsen adds, “Coskata’s continued success can be attributed to our industry leading technology, a talented and dedicated leadership team and strong partners.”

Sapphire Energy
Sapphire Energy is a critical element to the biofuels industry. The company has been responsible for the development of breakthrough technologies for producing fungible, drop-in transportation fuels. The company produces 91-octane gasoline, 89-cetane diesel and jet fuel—all from a mixture of algae, sunlight and carbon dioxide (CO2)—known as, “Green Crude.” According to a statement made by Sapphire Energy, “Our approach leverages the same industrial refining processes as current crude oil, yielding ‘drop-in’ replacement transportation fuels that meet ASTM standards for gasoline, jet fuel and diesel and that are environmentally sound, cost effective and scalable.”

Sapphire Energy has been in existence since 2007 and now operates in San Diego and Orange County, California, as well as in Las Cruces, New Mexico. The company believes, “From the start, our goal has been ambitious: to become the world’s leading producer of renewable fuels and petrochemical products. We’re on the right track and all indications support that. We believe that through the application of vision and technology, we have found a better way to achieve energy independence and minimize greenhouse gas emissions.”