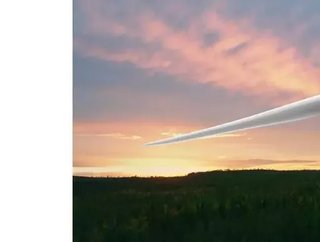 GE Renewable Energy has been selected by European Energy as the supplier for three windfarms in Lithuania, located approximately 80kms north of the capital Vilnius.

The 121MW project, which will use 22 GE Cypress onshore wind turbine units, will add 23 percent of green power capacity to the country’s current wind power production. The deal will also include a 25-year full-service contract.

All turbines will be erected on a 151-metre tower, and the installation of the wind turbines at the project site will take place in H2 2021.

Knud Erik Andersen, CEO of European Energy, says: “We are delighted to sign this important deal with GE Renewable Energy thereby ensuring 22 state-of-the-art Cypress turbines perfectly designed for our three Lithuanian projects. This deal will ensure 121 MW of green power capacity and be central to driving the green transition and support the local production of renewable energy in a country currently heavily dependent on the import of energy.”

Lvea, the Lithuanian wind power association, states that Lithuania has set itself the goal to produce 100 percent of the country’s electricity from renewable sources by 2050. There are currently 23 wind parks operating in Lithuania with a combined capacity of 480 MW. Together with the individual wind turbines, there is a total of 534 MW of wind power installed today.

Peter Wells, GE’s CEO of Onshore Wind in Europe, comments: “We’re delighted to partner with European Energy on this project, and we are thrilled they’ve selected our Cypress platform. European Energy is a fast-growing and innovative player in Europe with whom we have built a very strong relationship in multiple countries by now. Together we will bring additional clean, affordable, renewable energy to Lithuania.”

GE Renewable Energy’s Cypress turbine enjoys a growing position in the country with two major orders booked this year, including this announcement, the company adds.