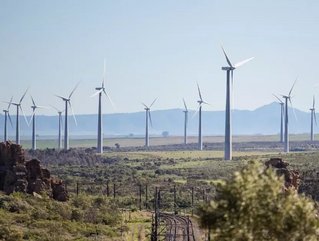 The solar sector alone could employ 3.3 million Africans by 2050 according to new IRENA research

Renewables can provide a significant base of employment in Africa and the solar sector could employ 3.3 million Africans by 2050, according to a new report from the International Renewable Energy Agency (IRENA).

With more than 2.2 million jobs, sustainable bioenergy is another main contributor to employment creation under IRENA’s ambitious transition scenario, which is outlined in the Renewable Energy Market Analysis: Africa and Its Regions report, published in collaboration with the African Development Bank.

Jobs created through the energy transition in Africa would outstrip fossil fuel related job losses by a factor of four, presenting a significant net gain to regional economies; around two million people currently work in the fossil fuel industry on the continent, which has a strong youth profile with 420 million people aged between 15 and 35.

An integrated policy framework built around the energy transition could bring a wave of new sustainable energy investment to Africa, growing the region’s economy by 6.4% by 2050.

"However, this requires strong political commitment, a just and equitable energy transition framework, and massive investments. The African Development Bank is committed to supporting the continent’s energy transition, by facilitating increased private sector investments through its expanding range of green finance instruments, including the Sustainable Energy Fund for Africa," he said.

Of the $2.8 trillion invested in renewables globally between 2000 and 2020, only two per cent went to Africa, despite the continent’s enormous renewable energy potential and its need to bring modern energy to billions of citizens still lacking access. While the rate of access to energy in Sub-Saharan Africa rose from 33 per cent to 46 per cent over the last decade, rapid population growth meant 570 million people still lacked electricity access in 2019 – 20 million more than 10 years ago. About 160 million more people lacked access to clean cooking over the same period.

“Enabling African countries, which have contributed little to historic greenhouse gas emissions, to develop, while recognising the need to address the climate emergency is imperative,” said La Camera. “International cooperation, including South-South cooperation, will be key to mobilising resources and know-how at the scale and speed proportionate to the needs of Africa’s economies, its communities and its people.”

But the report warns that the continent is at a crossroads.

"A just and inclusive energy transition will be incomplete without tackling widespread energy poverty on the continent and redressing the injustice inherent in Africa having the lowest per capita energy consumption of all world regions. While the goal is not to replicate unsustainable energy use in other parts of the world, raising Africa’s low levels is essential for meeting the SDGs and improving the continent’s resilience," it notes.