Hydropower in Alaska to Boom 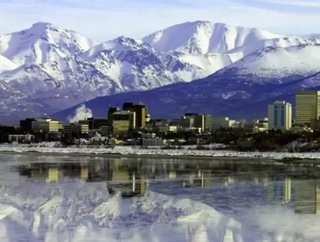 Home to over 365,00 miles of rivers and 33,000 miles of coastline, Alaska holds the greatest potential for hydropower in the U.S. Officials pledge to...

Home to over 365,00 miles of rivers and 33,000 miles of coastline, Alaska holds the greatest potential for hydropower in the U.S. Officials pledge to produce half of the state's electricity from renewable energy by 2025, siting over 200 hydropower sites to help it get there.

“We have more energy potential than just about anywhere in the world,” said U.S. Senator Lisa Murkowski, R-Alaska, to Renewable Energy World. “Our problem is how we harness it when we’re looking at economies of scale.”

While expensive diesel-fired energy generation supplies most of the scattered, small villages across the state, hydropower is an abundant resource that would be cleaner, efficient and inexpensive.

Central to the state's plan to create jobs, hydropower already accounts for nearly a quarter of the state's total electricity consumption, according to the Department of Energy. Governor Sean Parnell plans to greatly expand the industry.

“If you want to be serious about renewable energy, hydropower has to be part of the discussion,” Begich said to Renewable Energy World. “Nowhere is that more true than Alaska, which holds over a third of our country’s untapped hydropower.”

Several projects are underway, but hydropower will not reach its full potential until the technology proves it can withstand the harsh and turbulent conditions throughout Alaska. Researchers are diving into issues relating to anchoring, installation and performance in an attempt to ensure Alaska leads the world in this arena.