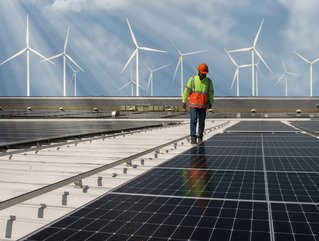 Acquisition of Aera Energy will help smooth the process of transition for California as it moves towards renewable energy, investor IKAV says

IKAV, the international asset management group, has announced that it has agreed to acquire 100% membership interest in Aera Energy (Aera), through two separate transactions with the joint venture subsidiaries of ExxonMobil and Shell respectively.

In a statement, IKAV said that the transactions are subject to regulatory approvals.

Aera is one of California’s largest oil and gas producers, accounting for nearly 25% of the state’s production. Headquartered in Bakersfield, California, the company produced approximately 95,000 barrels of crude oil equivalent per day in 2021. Operations are centred around the San Joaquin Valley, with most of Aera’s oil production originating from Kern County.

The company will remain as the operator of these assets.

IKAV added that its investment in Aera underlines that conventional energy will continue to play an essential role in California’s energy supply during the transition to renewable sources. It stressed that it was committed to driving forward Aera’s strategy of producing safe, responsible and affordable energy to the state, while still helping to achieve state-wide carbon neutrality goals.

As such, IKAV’s strategy supports reducing emissions in conventional energy production, as well as the energy needed to power those operations, (Scope 1 and 2) toward being carbon neutral within the next decades, the statement said.

IKAV explained that it plans to achieve this goal by committing significant investments to build a diversified renewable energy portfolio on site, including wind, solar (some supplemented with batteries), concentrated solar power (CSP) as well as carbon capture and storage.

Initially, the renewable assets will exclusively serve the energy demands of the oil production facility but over time it will be able to feed power directly into the California grid, the statement continued.

A co-existence between renewable and conventional energy

Constantin von Wasserschleben, chairman of IKAV, commented: “In addition to our long-term goal and commitment to renewable energy, we recognise the continued need for oil and gas and for these assets to be operated safely and responsibly to facilitate a smooth and sustainable transformation of our energy supply.

“We advocate a co-existence between renewable and conventional energy for decades to come. Aera fits our philosophy, and we are excited to be working with its exceptional team, who share our culture and long-term ambitions. Together, we have the expertise required to find innovative solutions to meet California’s energy demand as well as its future climate goals.”

The company has offices in Durano, Colorado and Houston, Texas.

IKAV’s origins are in renewable energy and it said that it applies a long-term buy and hold strategy to develop, construct, monitor and manage solar wind, energy efficiency, concentrated solar power and geothermal projects.