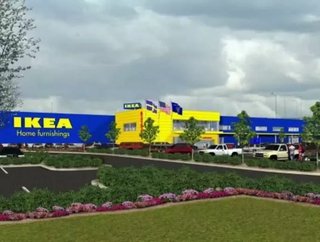 In its efforts to get all of its energy from 100 percent renewable energy sources, Ikea Group&mdash;the worlds largest home furniture retailer&mdash;ha...

In its efforts to get all of its energy from 100 percent renewable energy sources, Ikea Group—the world’s largest home furniture retailer—has bought a wind farm in Scotland.  The company also plans to invest in the installation of 39,000 solar panels on its U.K. stores.

The company will further install 2.1 megawatts worth of solar panels atop 10 of its U.K. stores.  The panels will provide five percent of each store’s power needs.  The solar panels are being purchased from China’s GS Solar Fujian Co. for a total of 4 million pounds ($6.5 million).

Ikea currently derives 50 percent of its energy from renewable sources, including the green energy it purchases.

“The direction of travel for us is 100 percent renewable,” said Ikea’s Chief Sustainability Officer Steve Howard, adding that no deadline has yet been set. “We’re likely to hit 70 to 80 percent by 2015. We’ve built up sufficient experience in the area to be more confident in the timeline, so we will set a timeline in the next few regions.”

Ikea’s renewable energy portfolio currently includes 67 wind turbines accounting for 127 megawatts of installed capacity. “The wind turbines in the U.K. are a first step, and we’ll expand on that,” Howard adds. “This is a message to developers out there that we’re looking for good projects in the right places, and we’re keen to diversify in terms of the regions.”