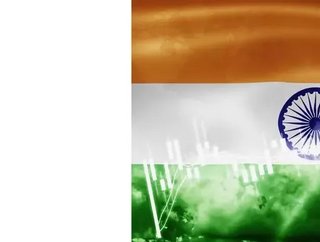 The newly launched India H2 Alliance will aim to develop a 'hydrogen valley' supply chain across the country through proactive industry collaboration and govenrment support.

The alliance, which will seek ways to commercialise hydrogen technologies, be they for production and storage, industrial clusters or hydrogen-powered fuel cells, is another sign of momentum building globally in hydrogen R&D.

The India H2 Alliance will work with the government in five areas:

The India H2 Alliance will focus on industrial clusters, specifically steel, refineries, fertilizer, cement, ports and logistics; as well as heavy-duty transport use cases and the establishment of standards for storage and transport hydrogen in pressurized and liquified form.

Jillian Evanko, CEO and President of Chart Industries and founding member, said: “Proactive industry collaboration with the government is key to creating a hydrogen economy in India. Through India H2 Alliance, we will bring best-in-class hydrogen technology, equipment and know-how to create a hydrogen supply chain in India, and in many cases, ‘Made in India’. By prioritizing national hydrogen demonstration projects, innovations to further reduce the cost of hydrogen will become prominent, locally.”

Anurag Pandey, R&D Team Lead, Reliance Industries, said India needs to identify and execute large-scale hydrogen demonstration projects if it wants to be part of the global supply chain for hydrogen. "Beyond R&D pilots, India needs ‘hydrogen-valley’ style national initiatives across a region like a high-traffic industrial freight corridor, with multiple use-cases. Such hydrogen-related systems projects are strategic for India’s energy transition plans, linking closely with renewables and battery-technology. These require multiple industry players to come together and form consortia to implement such projects. IH2A will take the lead on such initiatives."

The India H2 Alliance will have a panel of hydrogen experts and a IH2A secretariat, run by consulting firm FTI Consulting, to support member companies.

The Energy Transitions Commissions India forecasts a five-fold demand increase for green hydrogen in India between now and 2050.

The key barrier in the past has been green hydrogen’s relatively high cost, notes an HSBC Sustainable Finance report, however India’s falling price of renewable electricity combined with government policy support means it’s on track to reach fossil fuel cost-parity by 2030 or sooner.

"In some locations, it could become the least-cost option. Green hydrogen will, therefore, play an important role in India’s low-carbon transition," the report states. "This is particularly true for its carbon intensive sectors, which are expected to make up 80 per cent of India’s green hydrogen demand – namely steel, ammonia and petrochemicals."