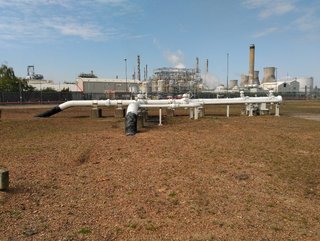 INEOS and SGN have begun a hydrogen distribution network trial at Grangemouth, Scotland.

The trial, funded by the Energy Regulator and gas distribution companies, will use hydrogen supplied by INEOS in a 29km section of decommissioned pipeline between the Grangemouth site and Granton.

The photo shows existing pipework at the INEOS FPS Kinneil site that will be recommissioned during the trial, when engineers tie in a new hydrogen feed line from the INEOS Chemicals plant.

Andrew Gardner, Chairman INEOS Grangemouth, said: “We believe that Grangemouth is the ideal location in Scotland to create a hub for hydrogen production, use and export. This trial, in partnership with SGN, will play an important role in helping to make hydrogen distribution networks a reality.”

SGN Director of Energy Futures Gus Mcintosh said its Local Transmission System is part of the national critical infrastructure that reaches millions of homes and businesses across the UK.

"So repurposing it for hydrogen could support a hydrogen system transformation that is least cost and least disruptive to customers," he said.

In January, INEOS announced the next step in its plans to build a low-carbon hydrogen plant at Grangemouth as it commits to being Net Zero by 2045. This trial will help improve an understanding of existing networks and the suitability to deliver hydrogen as a clean alternative to natural gas.

Grangemouth represents one of INEOS’ largest manufacturing sites by volume of products. It is home to three businesses: INEOS FPS, INEOS O&PUK and Petroineos.

FPS transports crude oil and gas liquids from offshore and onshore entry points, processes the liquids at Kinneil and redelivers to the customer Forties Blend crude oil at Hound Point and either raw gas or fractionated gas products at Grangemouth.

INEOS O&P UK makes around 1.4mn tonnes per annum of product, including synthetic ethanol, ethylene, propylene and polymers: polyethylene and polypropylene. These are used as the building blocks in many sectors such as pharmaceutical and healthcare, automotive, renewables and construction.

Meanwhile The Thames Estuary Growth Board, supported by Ikigai Capital, have formed a partnership with Cadent, SGN and National Grid Gas Transmission (NGGT) to investigate the development of hydrogen infrastructure in South East England.

The Thames Estuary Growth Board launched its Hydrogen Route Map and Investment Plan in October 2021, which highlighted the potential benefits of developing a hydrogen ecosystem in the Thames Estuary. The analysis concluded that investment into the hydrogen value chain could support 9,000 jobs and unlock £3.8 billion Gross Value Added by 2035.

In parallel, Cadent, SGN and NGGT, which together are responsible for delivering gas across most of the UK, have recently commissioned the Capital Hydrogen feasibility study. The study is being supported by ERM and Element Energy (an ERM Group company) and will consider the role of the gas grid in delivering low-carbon hydrogen across Greater London and the South East.

The Capital Hydrogen study will encompass six case studies, which will leverage existing expertise and look at how the gas grid can play a role in the distribution of hydrogen both via blending in the existing network and working towards the delivery of 100% hydrogen via dedicated infrastructure.

This partnership will jointly identify the optimal hydrogen network infrastructure route, design, upgrading, phasing and ancillary investment required to distribute hydrogen produced in or imported into the Thames Estuary to various sources of demand in the East London cluster.

This will cover optimal uses of hydrogen in industry, transport (public, heavy-duty road and marine), back-up power, and domestic heating. The organisations will also explore opportunities on the southern bank of the Thames, building on SGN’s plans for a new 100% hydrogen pipeline linked to low carbon hydrogen production in the Isle of Grain.

Kate Willard OBE, Estuary Envoy and Chair of the Thames Estuary Growth Board, said: “It is becoming evident that delivering on the hydrogen agenda both at a regional but also at a national level, requires co-operation amongst different stakeholders. The Thames Estuary Growth Board recognises the important role of the gas grid in providing efficient distribution solutions from production at scale, which will facilitate the adoption of low-carbon hydrogen amongst end users.

“This partnership will help us meet our goals and objectives, attracting investment into the Thames Estuary, which in turn will stimulate green growth and levelling up across the region," she said.

Sally Brewis, Head of Regional Development (East and London, Cadent) said: “Through our Capital Hydrogen feasibility study, Cadent, SGN and National Grid Gas Transmission are working together to deliver a vision for the transition of London’s gas networks to low carbon hydrogen. As part of this, we’re extremely pleased to be working so closely with the Thames Estuary Growth Board, building on their Hydrogen Route Map and our work on hydrogen pipeline networks. With our collective skills and expertise, we plan to accelerate new and existing opportunities, stimulating early hydrogen deployment in the region.

The UK government recently announced its ambition to deliver 10GW of low-carbon hydrogen production capacity by 2030. This is equivalent to the amount of natural gas consumed by over 6 million households in the UK each year. The target is therefore an essential part of the UK’s wider strategy to meet the country’s net zero commitments.

EverWind intends to expand and develop the Point Tupper site to be the location of a regional green hydrogen hub for Eastern Canada, including new green hydrogen and ammonia production facilities. These facilities will create new clean energy jobs, help support Nova Scotia’s carbon emissions reduction targets, and establish Nova Scotia as a global leader in the production of green hydrogen for domestic and export markets.

“As part of the clean energy transition, we are proud to invest in Nova Scotia and support the province in unlocking the immense opportunity presented by green hydrogen,” said Trent Vichie, CEO of EverWind Fuels.

“The development of green hydrogen is an essential tool in the fight against climate change. Expansion of the Point Tupper site will support significant economic development in the region that can attract billions of dollars in new investment, create new jobs, and help make Nova Scotia and Canada global leaders in this exciting industry.” 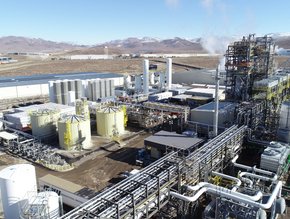 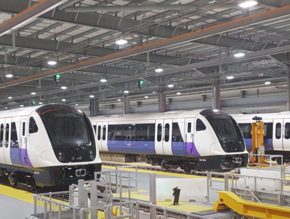 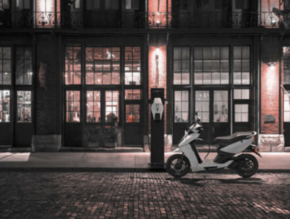