Investment in ocean energy increases 50% in 2021 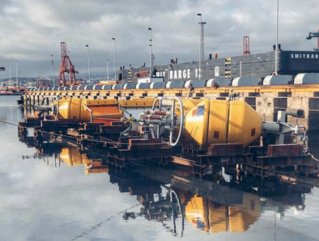 Ocean energy public and private investments totalled €70mn in 2021, a 50% increase on 2020, according to a new Ocean Energy report.

Deployments are set to continue at a steady pace in 2022 with 1.4MW of tidal energy slated for Europe and 1MW in the rest of the world, and 2.8MW of wave energy in Europe and 1.1MW outside Europe.

Up to 2.8MW of wave energy capacity is lined up for deployment this year, predominantly from full-scale devices, and most deployments will occur in the UK, Spain and Portugal. Four new fullscale devices, made by Corpower Ocean, Eni SpA, Bombora and Wavepiston, should hit European waters in 2022.

Led by the ‘flagship’ Meygen, EnFAIT and Oosterschelde arrays, along with new deployments, the European tidal stream sector exported close to 8 GWh last year – enough to power around 2,000 households.

Minesto added another tidal kite to its first commercial project in the Faroe Islands. Supported by the local energy utility, this successful deployment and the extension of Minesto’s PPA shows the strong commitment of the Faroe Islands to develop and integrate tidal stream as part of their energy mix.

The O2 installation in Scotland was mainly driven by European funding programmes. Scotland, the Netherlands and the Iberian Peninsula are becoming 'hotspots for wave energy development', with several installations in 2021 and more planned in the coming years.