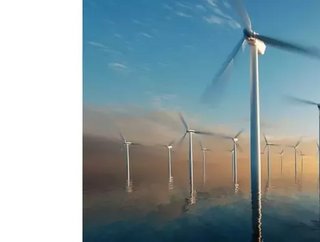 Israel’s cabinet has approved its Energy Ministry’s aim of having 30 percent of the country’s energy from renewable sources by 2030.

In a report by Times of Israel, Yuval Steinitz, Israel’s Energy Minister, predicts that the transition could save the economy approximately £1.83 billion annually - although that would require a tripling of the country’s current energy infrastructure.

Describing the move as ‘ambitious and a real revolution’, Steinitz points out that the remaining 70 percent of Israel’s energy needs will need to be met by natural gas – enormous reserves of which have been found off the country’s Mediterranean coast.

The report adds that the Energy Minister has been told by the cabinet that he should review and update his targets for 2030 by the end of 2024. It has set the end of 2025 as the deadline for having reached 20 percent of power generated from renewable sources.

In June this year, Steinitz announced that the target for renewable energy by 2030 was officially being raised from 17 percent to 30 percent, in a plan that would cost £16.8 billion over the coming decade.

In a statement posted on Facebook, the Energy Minister says that solar installations will be built to produce the equivalent of all the electricity produced at the time (in June 2020).The plan would see more than 80 percent of Israel’s electricity generated by solar energy at peak hours.

However, despite Steinitz’s announcement, The Environmental Protection Ministry has called for a target of 40 percent renewables by 2030.

Speaking during the Cabinet discussion, GIla Gamliel, Environmental Protection Minister, denounced the 30 percent plan, stating that it would “leave Israel behind, far from the targets of the developed, and even developing, countries”.

“The real significance of this decision is the adoption of a target of 70% electricity generation from gas, which is a polluting fossil fuel,” she adds.

The decision sends the wrong signal to the economy and undermines the certainty that businesses need to transition towards renewable energy-based sources, Gamliel explains. Instead, the huge economic investment will now be encouraged into gas infrastructure, “in contrast with all the efforts being made in Israel and around the world to reduce the dependence on energy production from fossil sources that pollute and increase climate change,” she continues, as per the report.

“Already today, close to 50 percent of electricity production from solar sources can be achieved in the built-up area,” she highlights.

The report adds that the ministries of energy and environmental protection have been at loggerheads over the targets for several months, with Steinitz stating during a Knesset committee meeting in July 2020 that a ‘senior Environmental Protection Ministry official’ was engaging in ‘populism’ for claiming that 47 percent of Israel’s energy could already come from renewable sources.