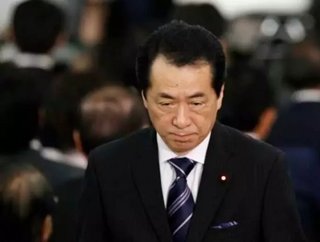 Solar and wind companies, set your sails for Japan! The country is about to pass a landmark bill into law that will see &ldquo;explosive growth&rdquo...

Solar and wind companies, set your sails for Japan!  The country is about to pass a landmark bill into law that will see “explosive growth” in both solar and wind energy investment according to Prime Minister Naoto Kan.  The bill is designed to reduce Japan’s dependence on nuclear power, which accounts for roughly 30 percent of the country’s energy generation.  Japanese lawmakers are readying to sign the bill into law by the end of August.

The bill has been developed and promoted by Prime Minister Kan himself, and seeks not only to move away from nuclear dependence, but also break the energy monopoly held by the country’s 10 major utilities.

The legislation calls for installed renewable energy capacity to rise by at least 20 percent of the country’s total power by the early 2020s.

The bill will require utilities to purchase power from outside providers, such as cooperatives and private companies.  The rule aims to promote the use of alternative energy sources, which currently only make up 9 percent of Japan’s total electricity supply.

Japan’s Energy Minister will be responsible for setting the prices at which utilities must purchase power from renewable energy generators.  Unfortunately, this will likely translate to higher electricity prices for manufacturers, who are still trying to recover from the crippling effects of the earthquake and tsunami.

Prime Minister Kan had been pursuing this kind of legislation prior to the catastrophe that led to the Fukushima reactor meltdown, but with little support.  However, the meltdown quickly changed the country’s view of nuclear power, and Kan’s bill has gained immense support since.  Kan has noted on various occasions that he would not leave office until the law was enacted.  The passage of the bill in the coming weeks may mark the final feather in the cap for the relatively unpopular Prime Minister, allowing him to step down with a sense of accomplishment.