Masdar: Largest solar power plant in the world in UAE 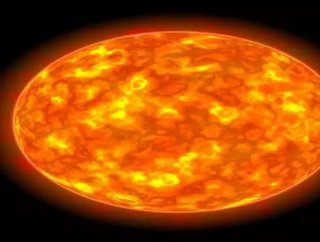 Masdar, Abu Dhabi renewable and alternative energy technology solutions company, has awarded the companies, Total and Abengoa Solar the partnership to own, construction and operate the world’s largest concentrated solar power plant. The plant, Shams 1, will be located in the Middle East in Madinat Zayed, which is roughly 120 kilometers southwest of Abu Dhabi.

The project is set to contribute to achieving Abu Dhabi’s target of 7 percent renewable energy power generation capacity by the year 2020. Shams 1 will extend over an area of 2.5 square kilometers and have the capacity to generate around 100 megawatts (MW). The solar field will consist of 768 parabolic trough collectors, which Abengoa Solar will be responsible for supplying. Construction is due to start in Q3 2010 and is estimated to take up to two years to develop. Shams 1 will be the largest concentrated solar power plant in the world.

Dr. Sultan Al-Jaber, CEO of Masdar, stated: “The launch of the Shams 1 marks a very important milestone for Masdar and for Abu Dhabi. I am very proud of the announcement we are making today because this project, which will be the first utility scale, commercial solar power project in the UAE, represents the translation into reality of the vision the Abu Dhabi leadership had for renewable energy in the Emirate. In addition, Shams 1 will allow Masdar to transfer to Abu Dhabi the know-how and expertise we have gained from our involvement in developing world-class renewable energy projects abroad, thus not only opening the door for renewable energy projects in the UAE but also for technology transfer, contributing toward the development of a knowledge-based economy and new job opportunities through the specializations required to manage and operate the plant.”

Santiago Seage, CEO of Abengoa Solar, also added: “We have teamed with the most qualified partners in the region, Total and Masdar, to own and operate what will be the most advanced solar plant, featuring our cutting-edge technology”.

The plant is expected to prevent approximately 175,000 tons of CO2 annually—the equivalent of removing 15,000 cars or planting 1.5 million trees. Shams 1 is registered under the United Nations Clean Development Mechanism (CDM).