Nanotechnology Is the Future of Renewable Energy 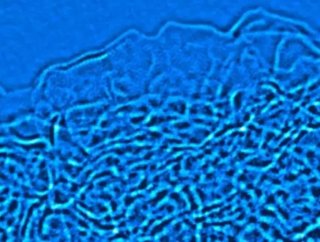 TO ENHANCE YOUR READING EXPERIENCE, VIEW THIS STORY IN OUR INTERACTIVE READER BY CLICKING THE IMAGE IN THE TOP RIGHT CORNER OF YOUR SCREEN! Nanotechnol...

Nanotechnology is advancing so rapidly these days that it seems there is a new nanotech breakthrough being reported on a daily basis.  Top researchers from around the world are using nanotechnology to solve problems once considered impossible, and are even discovering new and interesting properties in our material reality along the way.

2011 alone has seen some major advances in nanotechnology applied to the energy sector, and the promise nanotech holds for renewable energy is exactly what the budding market needs to eventually overtake fossil fuels as the energy generation mode of choice.

University of Missouri researcher Patrick Pinhero and collaborators have developed microscopic antennas called, “nantennas,” that capture sunlight in both the visible and near-infrared spectrum as well as heat energy to create a thin-film solar sheet capable of 90 percent efficiency—far better than the 20 percent efficiency offered by current solar panels.

Researchers at Sungkyunkwan University have created microscopic strings of zinc oxide that when exposed to sound vibrate between two electrodes, thus creating a charge. “Sound power can be used for various novel applications including cellular phones that can be charged during conversations and sound-insulating walls near highways that generate electricity from the sound of passing vehicles," says lead researcher Dr. Sang-Woo Kim.

A never-before witnessed energy effect has been observed by MIT scientists working with carbon “nanotubes.”  Apparently, heat waves travel through these microscopic tubes up to 10,000 times faster than normal while picking up ambient charged particles along the way, thus creating and electric charge.  This offers untold potential in energy transmission.

Oak Ridge National Laboratory has created microscopic zinc oxide cones, dubbed “nanocones,” that exhibit the unique property of focusing and intensifying energy at the cones’ tips.  The nanocones have been applied to solar cells to boost efficiency.

University of Texas researchers have created carbon nano-supercapacitors called “nanosponges” which are capable of storing static-electric energy in their sponge-like pores.  Like traditional supercapacitors, nansponges can deliver energy faster and more efficiently than chemical-based batteries, but at a far higher capacity.  Currently, the nanosponges can store the energy equivalent of a lead-acid battery, but material improvements could put them on par with lithium-ion very soon.