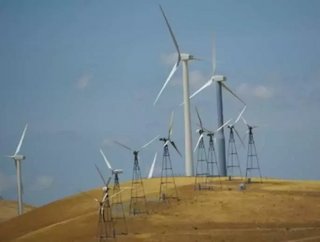 The AltamontPass Wind Farm serves as a doorway to wind energys past. Located just southeast of San Francisco, California, the wind farm is one of the o...

The Altamont Pass Wind Farm serves as a doorway to wind energy’s past.  Located just southeast of San Francisco, California, the wind farm is one of the oldest and largest in North America.  The unique site features wind turbines ranging in age, with the oldest being nearly 30 years old.  The only problem with these aging turbines, apart from the fact that only about half of the 4,000 featured at the farm actually work, is that they tend to kill birds.  The small multiblade turbines are deadly traps that claim the lives of nearly 2,000 raptors each year along with 8,000 other birds and bats.  NextEra Energy, who owns roughly half of the wind turbines at Altamont seeks to address the growing concern over bird deaths by replacing old dangerous turbines with large-scale Siemens turbines with far less chance of maiming flying animals.

NextEra Energy plans on installing around 100 of Siemens’ 430-foot-tall 2.3-megawatt turbines.  The turbines they will be replacing only stood about 100-feet-tall and generated between 50 and 750 kilowatts of electricity.  A single one of the new Siemens turbines provides enough energy to power 600 to 700 homes each year.

"It's almost a complete revolution in the way that you capture the wind," says Anthony Pedroni of NextEra Energy Resources. "The new turbines are 430 feet tall from the base to the tip of the blade, and the higher you go, the faster the wind speeds are."

Doug Bell, manager of the East Bay Regional Park District’s wildlife program says in regard to the bird deaths, "Any way you look at the mortality data, there's been a tremendous impact on birds.  I've found birds sliced in half. You see all kinds of blunt force trauma."

Some claim that upgrading to newer turbines at Altamont could reduce the bird mortality rate by as much as 80 percent.  One of the main problems with the older turbines is the latticework that comprised the turbine towers.  Raptors used the lattice to perch from and hunt, putting them in dangerous proximity to the spinning turbine blades.

NextEra’s upgrade is to be carried out in three phases and fully completed by 2015.  The company is also removing 6.5 miles of overhead electrical lines and eight miles of roads to allow the land to return to its natural state.  The project is also creating union construction jobs.  So far, 135 people have been hired for the upgrade.