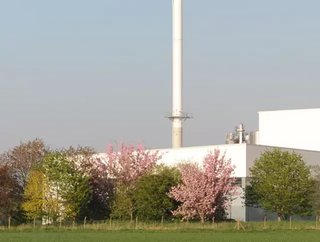 Octopus Renewables, the specialist clean energy investor arm of Octopus Group, has bought two operational UK biomass power plants for an undisclosed fee from a joint venture by Copenhagen Infrastructure Partners and Burmeister & Wain Scandinavian Contractor, in one of the largest deals of its kind in the UK.

The plants, located in Brigg, North Lincolnshire and Snetterton, East Anglia, have been acquired with investment provided by funds managed by Octopus, one of which includes a recently announced fund cornerstoned by UK workplace pension provider Nest.

Both Brigg (40.8MW) and Snetterton (44.9MW) are fuelled by a mixture of locally sourced biomass feedstocks. Octopus will manage both sites, adding to the five biomass plants that it currently manages across the UK.

Octopus Renewables is the largest investor of utility scale solar power in Europe, as well as a leading investor in onshore wind and biomass, managing a global portfolio valued at more than £3 billion.

Peter Dias, Investment Director at Octopus Renewables, said it views biomass as playing a crucial role in diversifying the UK's energy mix and supporting the country's farming industry through the sourcing of feedstock fuels.

“The acquisition marks a significant step for our fund that has Nest as a cornerstone investor. The fund benefits from a healthy pipeline that will help target strong and stable returns. We see institutions and pension funds as playing a vital role in hastening the energy transition and helping to unleash pent up capital to fight climate change," he said.

Stephen O’Neill, Head of Private Markets at Nest, said biomass is an exciting technology and energy crops, such as miscanthus, could play a significant role in the UK hitting its carbon emission targets. "We want to continue investing in the energy of the future and looking ahead for what opportunities will be presented in the drive to the low-carbon economy," he said.

Octopus Energy supplies over 2 million households across the UK. In March, it announced its intention to acquire sister company Octopus Renewables, in a move designed to help deliver a cheaper, faster energy transition through technology.