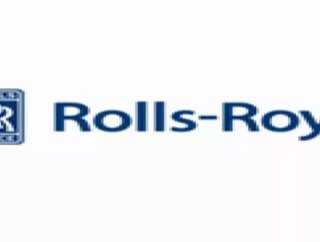 "It's a huge opportunity for the UK, we're ideally positioned to lead on this because we have the resources all around us," said Parker, referring to Br...

"It's a huge opportunity for the UK, we're ideally positioned to lead on this because we have the resources all around us," said Parker, referring to Britain's location and long coastline which give it a big chunk of European tidal and offshore wind power.

European Union renewable energy targets may require Britain to deploy an extra 7,000 wind turbines on and offshore by 2020, but the country has almost no industry to make these.

Rolls-Royce will embark this summer on sea trials of a half-megawatt (MW) turbine to harness power from the tide, which it has developed alongside a company called Tidal Generation, and it plans to test a 1 MW version in about 18 months.

It will develop the bigger turbine with other partners, including Garrad Hassan, the University of Edinburgh, EDF Energy, E.ON, Plymouth Marine Laboratories and the European Marine Energy Centre (EMEC).

"By 2020 there could be 300 MW (tidal power deployed) around the UK, or 100-200 devices," Parker estimated, declining to comment on the size of UK manufacturing opportunity.

That compares with total UK power generating capacity now of about 77,000 MW. Rolls-Royce is spending about 5 percent of its R&D budget on clean energy technologies including tidal power and fuel cells, said Parker.

Rolls-Royce, better known as a maker of engines for planes and ships, announced the tide power on Tuesday as part of its role in a 20 million pound research initiative to develop clean energy technologies using public and private sector cash.

The initiative, led by the public-private partnership Energy Technologies Institute (ETI), would support four projects in wind and tidal power, with Rolls-Royce leading one of those.

The ETI could deploy up to 1.1 billion pounds over ten years, using funding from taxpayers and industrial partners including BP, E.ON and Shell.