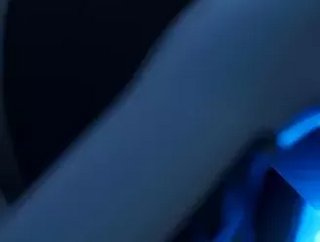 Sakuu Corporation has announced a new industrial-grade 3D printer for e-mobility batteries which it claims will unlock the mainstream adoption of electric vehicles.

Backed by Japanese automotive parts supplier to major OEMs, Musashi Seimitsu, Sakuu is set to enable fast and high-volume production of 3D printed solid-state batteries (SSBs) that, compared with lithium-ion batteries, have the same capacity yet are half the size and almost a third lighter.

The company’s KeraCel-branded SSBs will also use around 30%-50% fewer materials – which can be sourced locally – to achieve the same energy levels as lithium-ion options, significantly reducing production costs. Sakuu anticipates the 3D printer’s attributes being easily transferable to a host of different applications in other industry sectors.

"For the e-mobility markets specifically, we believe this to be a landmark achievement, and one that could transform consumer adoption of electric vehicles,” said Robert Bagheri, Founder, CEO and chairman, Sakuu Corporation. “SSBs are a holy grail technology, but they are both very difficult and expensive to make. By harnessing the flexibility and efficiency-enhancing capabilities of our unique and scalable AM process, we’re enabling battery manufacturers and EV companies to overcome these fundamental pain points."

Sakuu will initially focus on the two-, three- and smaller four-wheel electric vehicle market for whom the company’s SSB proposition delivers an obvious and desirable combination of small form factor, low weight and improved capacity benefits. The agility of Sakuu’s AM process also means that customers can easily switch production to different battery types and sizes, as necessary, for example to achieve double the energy in the same space or the same energy in half the space.

Beyond energy storage, Sakuu’s development of print capability opens complex end device markets previously closed off to current 3D printing platforms. These include active components like sensors and electric motors for aerospace and automotive; power banks and heatsinks for consumer electronics; PH, temperature and pressure sensors within IoT; and pathogen detectors and microfluidic devices for medical, to name a few.

"As a cheaper, faster, local, customisable and more sustainable method of producing SSBs – which as a product deliver much higher performance attributes than currently available alternatives – the potential of our new platform offers tremendous opportunities to users within energy, as well as a multitude of other markets," said Bagheri.

Omega Seiki, a part of Anglian Omega Group of companies, has partnered with New York-based company C4V to introduce SSBs for EVs and the renewable sector in India. As part of an MoU, the two companies are also looking at the manufacturing of SSBs in the country, according to reports.

A subsidiary of Vingroup, Vietnam’s largest private company, Vinfast has signed an MoU with SSB manufacturer ProLogium - which picked up a bronze award at the recent Edison Awards - to accelerate commercialisation of batteries for EVs (click here).

Xin Li, Associate Professor of Materials Science, Harvard John A. Paulson School of Engineering and Applied Sciences, is designing an SSB for ultra-high performance EV applications. The ultimate goal is to design a battery "that outperforms internal combustion engines so electrical vehicles accelerate the transition from fossil-fuel-based energy to renewable energy," according to The Harvard Gazette.

The dramatic increase in EV numbers means that the potential battery market is huge. McKinsey projects that by 2040 battery demand from EVs produced in Europe will reach a total of 1,200GWh per year, which is enough for 80 gigafactories with an average capacity of 15GWh per year.