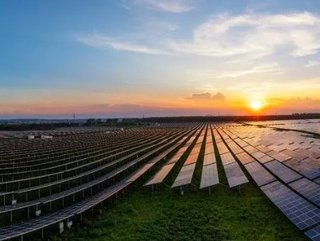 From 2023 Air Liquide will purchase 52GWh of solar photovoltaic renewable energy a year which will be sourced from SEEL’s portfolio of solar power offtake agreements in Italy.

With an equivalent solar photovoltaic installed capacity of 42MW, this renewable electricity will power the production of a large proportion of Air Liquide’s industrial and medical gases in the north east of the country and save nearly 24,000 tonnes of CO2 emissions each year – equivalent to emissions generated by around 4,000 households.

Rupen Tanna, General Manager for Power at Shell Energy Europe, said it is focused on delivering a range of clean power solutions to help customers reduce their emissions and has a growing portfolio of renewable energy and this supports the expansion of clean energy developments in countries where it operates (14 European power markets).

Air Liquide has existing agreements for renewable power in several geographies such as the US, Spain, the Netherlands and Belgium.

The deal includes 411 retail stations, mainly located in the Central and Northwestern regions of Russia, and the Torzhok lubricants blending plant, around 200kms north-west of Moscow.

The agreement with LUKOIL follows Shell’s announcement in early March of its intention to withdraw from all Russian hydrocarbons.

This will include infrastructure development and vehicle fleets, to accelerate the expansion of hydrogen mobility for both light and heavy-duty vehicles, as all three partners strive to decarbonise transport and accelerate the development of local hydrogen ecosystems for multiple mobility applications.

The trio will use their complementary expertise to address the entire value chain of hydrogen mobility, ranging from renewable or low-carbon hydrogen production, distribution and refueling infrastructure to the deployment of different vehicle segments.

Initially, the focus will be on buses, light commercial vehicles and cars, with the further aim to accelerate the heavy-duty truck segment.

Air Liquide has also signed an MoU with Lhoist to decarbonise its lime production plant located in Réty, in the Hauts-de-France region, using Air Liquide’s proprietary Cryocap carbon capture technology. The companies have jointly applied for the European Innovation Fund large scale support scheme, marking a new step in the creation of a low-carbon industrial ecosystem in the broader Dunkirk area.