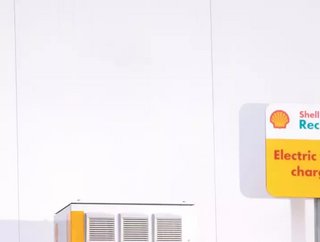 Shell is charging up its UK electric infrastructure plans after agreeing to install up to 800 points at Waitrose supermarket car parks by 2025.

Each site is expected to have six 22kW and two 50kW rapid charging points so customers can charge their vehicles while they shop.

Electric vehicle charging is expected to launch at the first Waitrose shop early next year and will represent Shell Recharge’s first move into 'destination charging', whereby customers charge their vehicle while it is parked at a location they are primarily visiting for another activity such as shopping.

Shell forecourt shops, selling Waitrose food and drink, will also increase from 57 to 125 by 2025. The oil major aims to grow its Recharge-branded network to 5,000 charge points on forecourts and other locations by the same year.

Bernadette Williamson, General Manager Shell UK Retail, said: “We want to make EV charging as hassle-free as possible and support our customers wherever they want to charge.”

John Lewis’ Click & Collect service will be made available in up to 80 new Shell forecourt shops this summer, taking the number of UK locations to more than 1,000.

Forecasts suggest that at least 280,000-480,000 public chargepoints will be needed by 2030 – more than ten times the current number, according to a UK Government report.

There will also need to be a suitable mix of different charging types across the country, not just rapid charges for long journeys but on-street kerbside charging too. The current provision is "uneven and patchy" with the following chargepoints per 100,000 people: Last month XCharge announced the closure of its Series B funding round with participation from Shell Ventures and other investors. XCharge aims to scale up to meet the accelerated demand in charging services in fast-expanding markets.

According to the Global EV outlook 2020 released by the IEA, the global electric vehicle stock is projected to reach 245 million in 2030 – more than 30 times above 2020's level, growing by 36% annually. Assuming the ratio of 10 EVs to 1 charging station as recommended by IEA, in 2030 there will be 24.5 million units of EV chargers, compared to an estimated 2.1 million units in 2020.

"More than ever, companies across the globe share the exciting vision for a carbon neutral future," says Simon Hou, CEO of XCharge. "By building industry leading products and services, XCharge is committed to work with all partners to advance that vision forward."

Bo Li, Venture Principal at Shell Ventures, said: "Our investment in XCharge is a testament to our belief in their potential and we are proud to work together with them as they continue their journey to become a leading provider of charging solutions to local and international customers."