Small Wind Picks Up Even as Economy Turns Down 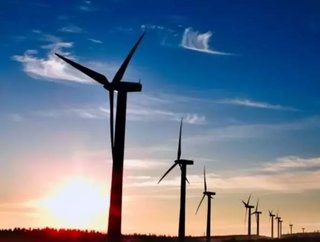 The number of Americans generating their own electricity with small-scale wind turbines (those with rated capacities of 100 kilowatts and under) incre...

The number of Americans generating their own electricity with small-scale wind turbines (those with rated capacities of 100 kilowatts and under) increased by 10,000 last year despite an economic downturn that targeted the heart of the small-wind market: homeowners and small-business owners.  Last year the U.S. small wind market grew 15 percent with 20 Megawatts (MW) of new installed capacity, pushing the industry past the  milestone of 100 MW in total capacity.  Remarkably, half of these sales came within the last three years for an industry that has been around for more than 80.  More remarkable still, for much of these three years the world’s economy crippled the finances of the much of the industry’s primary consumers.  How did this growth happen?

The reason seems to be a cocktail of new and improved federal and state policies, optimistic equity investors, and determined consumers.

The 2009 American Recovery and Reinvestment Act (the economic stimulus bill) expanded the federal investment tax credit for small wind turbines, allowing consumers to take fully 30 percent of the total cost of a small wind system as a tax credit.  These few short lines of text breathed new life into a U.S.-born industry, and just in time.

A growing number of states also offer incentives to help consumers overcome the yet-steep cost hurdle of owning a turbine, which for a homeowner can range $10,000 to $60,000.  Governments at all levels are recognizing small wind’s economic potential and are paying closer attention.

But government is not the only investor.  Over the past five years an infusion of private equity investment of $170 million into 18 manufacturers worldwide (most of them U.S.-based) provided companies with the capital to ramp up production to meet a strong demand.  In particular, an additional $80 million was pumped into manufacturers during the peak economic gloom of 2009.

According to a 2010 survey by the American Wind Energy Association (AWEA), these manufacturers were able to parlay this investment into sales, and even many companies without equity funding were able to sell more turbines than in 2008.

Of course, the ultimate investor is the consumer, who has been relentless in seeking ways to cut  electricity bills, become “personally energy-independent,” and fight global warming in a tangible way.  To 30,000 of these pioneers over the past three years, the answer has been to own a small wind turbine.  Consumers have evolved from green-hearted environmentalists and farmers to Home Depots and suburbanites.  One consumer trait, however, has remained constant over the past 80 years: Americans buy from American companies, which dominate the global market.

Just 10 years ago no more than 50 companies in the world manufactured small wind systems.  Today, 26 countries are home to more than 250 manufacturers, of which 90 are based in the U.S., and foreign companies are looking to position their operations on economically fertile American soil.  In fact, 95 percent of all small wind turbines sold in the U.S. last year were made by U.S. manufacturers.  The vast majority of these 90 U.S. companies are in start-up phase, but the leaders command roughly half the world’s market share.

Can this growth be sustained?  Can small wind keep up with price-plummeting solar photovoltaic technology?  The annual 2010 AWEA Small Wind Turbine Global Market Study aims to address these and other questions about the market. It will be available soon at www.awea.org/smallwind.