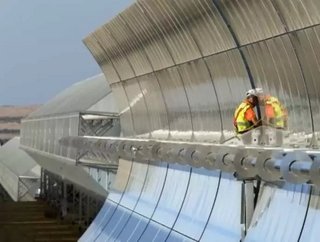 Solar Millennium LLC has become a big name in the solar sector with the announcement of the Blythe Solar Power Project. The 1,000 MW concentrated sola...

Solar Millennium LLC has become a big name in the solar sector with the announcement of the Blythe Solar Power Project.  The 1,000 MW concentrated solar thermal project will be one of the largest solar energy facilities in the world.  However, just as the company is gaining ground as a top competitor in the flourishing industry, parent company Solar Trust of America (STA) has decided to change Solar Millennium’s name to STA Development.

The name change will include wholly-owned Solar Millennium, as well as all other subsidiaries under the STA family of companies.

Butte College goes 'Off the Grid'

While STA is a Cleveland, Ohio based company, its subsidiary Solar Millennium was based out of Oakland, California.  The Blythe Solar Power Project is also a California based development endeavor, and a name change may confuse both backers and opponents to the project.

The announcement of the name change to STA Development comes with the formal groundbreaking of the Blythe project, which received a $2.1 billion loan guarantee from the U.S. Department of Energy in April.

Oddly, the majority owner of Solar Trust of America is the German company, Solar Millennium AG, whose name will not be affected by the change.