Solar panels soar off shelves as Russian gas is turned off 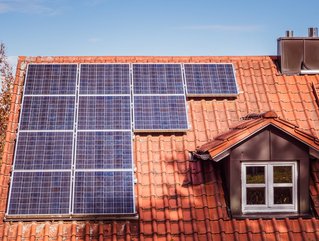 Despite record heatwaves this year, energy consumers are already preparing for the winter without Russian gas & are instead looking to solar panels

In the first half of 2022, Germany saw a 22% rise in the residential and commercial installation of solar panels, compared with 2021, as the country seeks to become self-reliant from Russian gas.

However, Europe’s biggest economy has been reliant on Russian gas to keep its top spot as a manufacturing powerhouse. 55% of gas used in Germany was imported from Russia, prior to the invasion this February. Now, Germans are turning their backs on Russian convenience and looking elsewhere.

With sustainability initiatives already proving popular, this was the incentive many needed to move onto renewable energy.

Karolina Attspodina is the CEO of We Do Solar, which sells solar panels that can work on balconies and garages. The panels save Germans up to 25% on their utility bills and she has seen a 70% increase in sales since the war.

"I wish it never happened in this way, but everyone really understood in a new way that we needed to be more independent in terms of energy," said the Ukrainian-born and Berlin-based founder. "This is a way for you to actually reduce your energy bill, but also reduce CO2 and help our climate crisis and obviously help the fact that we are reliant on Russian gas.”

While 6m Ukrainian people have left their country, those who fight on the front lines, those living in occupied eastern zones or in the free western areas still need energy. Prior to the invasion, Ukraine had been increasing its reliance on renewable energy, but now this is in jeopardy.

“In terms of investments into the renewable energy sector, it’s estimated that US$9bn-worth of installed capacity were threatened, US$5bn – under direct risk of damage and US$3bn under indirect risk of damage,” said a spokesperson for the Ukrainian Association of Renewable Energy.

In May, a solar farm was hit by the advancing Russian army, despite having no Ukrainian military stationed nearby.

Ukraine's Zaporizhzhia nuclear power plant is currently under the control of the invading Russian army and this week was totally disconnected from the Ukrainian grid. This was due to fires which interfered with the power lines, according to state nuclear company Energoatom.