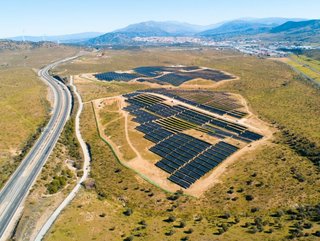 Capital Energy’s EUR6m solar farm project will be in the Castile-La Mancha region of central Spain, bringing renewable energy to the country

Capital Energy, the Spanish renewable power retailer and developer, has said that it has obtained the environmental impact statement for the 8MW La Encantada solar farm project in the Castile-La Mancha region of central Spain.

The company said that it will invest €6m into the photovoltaic scheme, which is based in the Cuenca province. Once the project is completed and operational, La Encantada will be capable of generating 16,000MWh per year – enough to meet the demand from more than 6,000 local households, it added.

It will also prevent the emission of some 6,000 tonnes of CO2 per year.

In addition, there will be a timely payment of the ICIO and other fees, which will be above 250,000 Euros, the company said.

Castilla-La Mancha is an important region in the development of Capital Energy's ambitious clean energy project, with the group developing 865MW of clean energy in the community through wind (288MW) and photovoltaic (577MW).

The company’s portfolio in the region is made of 11 projects – five wind and six solar. The total investment into the portfolio is more than €600m, with 2,215 direct jobs and a tax contribution of more than €12m and a contribution to GDP of approximately €165m, it said.