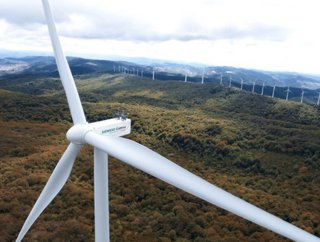 The SGRE portfolio includes around 3.9GW of onshore wind development projects – around half of which is located in Spain with the remainder across France, Italy and Greece – with scope for up to 1GW of additional co-located solar development opportunities. SSE Renewables will also take on a team of around 40 employees with vast experience in the sector.

The transaction is likely to complete by the end of September, subject to receipt of relevant foreign direct investment and regulatory approvals.

The acquisition marks entry by SSE Renewables into Southern Europe, building on its successful renewables business in the UK and Ireland where it owns and operates 4GW of renewable assets, including nearly 2GW of onshore wind, with a secured pipeline of nearly 11GW across onshore wind, offshore wind and hydro projects.

The transaction will bring together the existing SGRE management team’s significant development experience across continental Europe and SSE’s expertise in constructing and operating wind farms.

With many of the projects in the SGRE portfolio at an early stage of development, the existing SGRE teams will be an integral part of progressing the projects and supporting SSE’s growth strategy in Europe.

The four countries in which the SGRE portfolio of development assets are located have strong growth prospects, underpinned by 2030 renewables or carbon reduction targets and attractive remuneration schemes.

The platform, alongside the experienced development teams, will provide an excellent base for continued sourcing of development opportunities across onshore and offshore wind, solar, batteries and hydrogen, all of which are core to SSE’s growth strategy. It also presents opportunities to enter wider European markets.

The addition of the SGRE platform is highly complementary to SSE’s strategic objectives and is consistent with the SSE Group’s Net Zero Acceleration Programme (NZAP), which outlines fully funded £12.5bn capital investment plans to 2026 alongside ambitious 2031 targets, aligned with 1.5 degree science based targets.

SSE Renewables is aiming to have around 500MW of renewable projects from the SGRE portfolio operational by March 2026, with a further at least 500MW in construction. This will contribute to the NZAP targets of:

SSE Renewables’ development pipeline includes one of the world’s largest offshore wind opportunities, Berwick Bank (4.1GW) as well as a floating wind site of up to 2.6GW (SSE share 40%) in Scotland secured in the ScotWind leasing round. On the international front, SSE Renewables recently entered the Japanese offshore wind market through the formation of SSE Pacifico and is actively exploring opportunities in the US and Northern Europe.