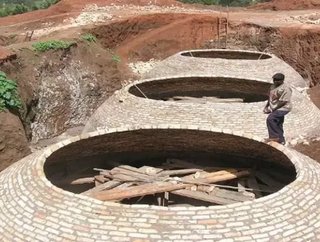 Prepared by Siyenza Management for Africa Energy Indaba Biogas is probably the best kept secret in the renewable energy industry. Organic waste is on...

Biogas is probably the best kept secret in the renewable energy industry.

Organic waste is one of the untapped sources of natural energy available today. “It’s a simple solution that can be deployed in as quickly as three days but people don’t know too much about it”, says Jonathan de Magalhães, Managing Director of Ubuntu Energy Solutions. While biogas is used all over the world --India for example has more than 4.5 million digesters–harnessing biogas energy in South Africa is practically unknown. Only a small number of digesters have been built successfully and commissioned to date – a loss to the renewable industry sector in the country since biogas fulfils all of the criteria relating to environmental sustainability, requires a relatively low technological input and is cost effective to implement.

Biogas typically refers to the gas which is produced by the biological breakdown of organic matter. Organic waste, such as dead plant matter, animal manure and kitchen waste, can easily be converted into biogas in a simple biogas digester. Biogas consists mainly of methane (CH4) and carbon dioxide (CO2). Biogas can be used as fuel for cooking, lighting, water heating as well as being able to run biogas generators to produce electricity.

Additionally, a biogas digester treats the organic waste and prevents it from taking up precious space in our landfills or over-burdened sewerage plants. In South Africa the waste disposed of in landfills produces unwanted landfill gas (Methane CH4) and leachate emissions. Furthermore, there is pressure on the country’s aging sewerage system. According to de Magalhães, generating biogas presents a Win-Win -Win solution because it offers:

Biogas digesters are used all over the world, and the technologies have made leaps and strides, especially over the past three years. The first biogas system was installed in India in 1859. South and south-west Brazil are characterised by intensive livestock farming. Rio Grande do Sul, the southernmost Federal state in Brazil, has an abundance of pig farms. The manure produced in large quantities by pig farming is used for biogas production.

According to de Magalhães, generating biogas offers a better Return on Investment (ROI) than solar or wind systems. “It’s easy to install and deploy, and is very low in maintenance, probably only requiring some attention once every 5 to 7 years. For these reasons, biogas digesters would work well in rural villages, farming communities and game lodges,” says de Magalhães.

But even the average family in Johannesburg could use their organic household waste in a biogas system. “As long as you have enough feedstock to put into the biogas system, such as blackwater, grass cuttings, and a reasonable amount of kitchen waste, then you can generate your own biogas. Even with a small system with enough organic feedstock, combine this with some solar panels and an intelligent inverter system, and you could get about 80% off the grid, all things considered.” says deMagalhães.“There is no smell because it is a closed system, and the payback period could easily be under 10 years, which is much shorter than a solar-powered system.”

However, amidst all these advantages, there have been no government initiatives in South Africa to assist those wishing to deploy biogas systems.

More on biogas technology will be discussed at the annual Africa Energy Indaba February 21st to 23rd, 2012 in Johannesburg.