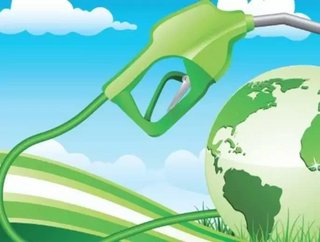 TO ENHANCE YOUR VIEWING EXPERIENCE, CLICK HERE TO VIEW THIS ARTICLE IN OUR INTERACTIVE READER! Types of Biofuels&mdash;Ethanol, Biodiesel, Biobutanol&m...

TO ENHANCE YOUR VIEWING EXPERIENCE, CLICK HERE TO VIEW THIS ARTICLE IN OUR INTERACTIVE READER!

Ethanol is essentially pure alcohol—the same stuff that gets you into trouble on Saturday nights—and is perhaps the most ubiquitous of the alternative biofuels making their way into people’s gas tanks.  It can be made from various sources, but the most common are corn and sugarcane.  The U.S. government in early 2011 approved ethanol blends of up to 15 percent for use in vehicle models newer than 2001, and blends of 10 percent have been used for years now with no need for engine modification.  But there has been controversy surrounding just how sustainable ethanol actually is.

Gaining in popularity, biodiesel mimics petroleum-based diesel fuel and is derived from vegetable or animal oils.  In fact, several biodiesel companies simply collect used restaurant cooking oil and convert it into biodiesel.  What’s more exciting is the more recent promise of biodiesel-generating algae and bacteria strains.  Scientists are even genetically engineering these microorganisms to create biodiesel lipids with minimal or no feedstock necessary, just sunlight and CO2, much like plant photosynthesis!

While it’s the less well known of the three biofuels featured, biobutanol holds the most promise.  Biobutanol is simply isobutanol derived from bacteria or algae, much like biodiesel.  However, the beauty of biobutanol is that it can potentially be directly used in standard gasoline engines with no modification!