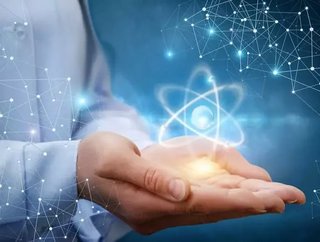 The University of Michigan (U-M) has released details of a USD$5.2mn grant to research AI-enhanced digital twins in an effort to lower energy costs.Pa...

The University of Michigan (U-M) has released details of a USD$5.2mn grant to research AI-enhanced digital twins in an effort to lower energy costs.

Part of the institution’s goal of attaining safer, more affordable nuclear power, the project is being supported on a three-year basis by Advanced Research Projects Agency–Energy, with additional support from national labs in Idaho and Argonne, as well as Kairos Power and Curtiss Wright.

Called SAFARI (Secure Automation for Advanced Reactor Innovation), the project’s aim is to address three prevailing drawbacks to the use of nuclear energy:

Based on highly accurate physics modelling software, a digital twin of a reactor will provide researchers with the ability to test new approaches in a safe, controlled environment. Based on the real-life design, the digital twin will receive real-time data from sensors monitored by AI.

Annalisa Manera, U-M professor of nuclear engineering and radiological sciences, emphasised the technological accuracy necessary to achieve the outcome the team was looking for:

“Often, AI or machine learning is used as a black box. It doesn’t take advantage of the physics we know,” she said.

“On the other hand, approaches where you use only a physical model might suffer from inaccuracy because it is too idealised.”

Manera and her colleague, Thomas Downer, also a professor of nuclear engineering, have joint experience in developing high-fidelity coding which will facilitate the total simulation of an active reactor.

Using the computer system ‘ConFlux’, overseen by Karthik Duraisamy, professor of aerospace engineering, the University’s team will leverage big data in combination with its physics expertise.

AI-driven process automation will streamline the maintenance schedule by detecting problems quickly, identifying possible solutions and then relaying projections of possible outcomes for each one.

Effective development of this system would not only reduce operating costs but also significantly increase the safety and flexibility of nuclear as an energy source.

U-M’s first move will be to trial its software using an experimental flow loop developed by Xiaodong Sun, professor of nuclear engineering. Following on from this, the team will work closely with Kairos Power to optimise its reactors.