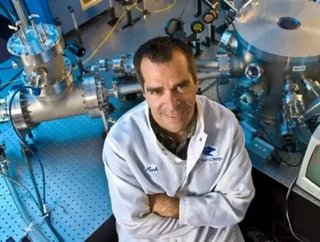 The nuclear energy industry in the United States is about to face its biggest labor shortage ever. The post WWII baby boomers that changed the face of...

The nuclear energy industry in the United States is about to face its biggest labor shortage ever.  The post WWII baby boomers that changed the face of the world’s energy sector with the widespread installation of nuclear power plants are now facing retirement.  The only problem is, there’s not enough qualified people to take their place when they do.

39 percent of the U.S. nuclear sector’s workforce will be eligible for retirement by 2016 according to the Nuclear Energy Institute, a Washington D.C.-based trade group.  That’s roughly 25,000 jobs that will need to be filled within the next four years.  However, in 2009 (the most recent year with available data), U.S. universities awarded only 715 graduate and undergraduate degrees related to nuclear energy.  What’s more, that doesn’t account for the decades of experience garnered by the retiring employees that incoming graduates won’t have.

According to the Oak Ridge Institute for Science and Education, the number of academic institutions offering degrees in nuclear energy shrank from 77 in 1975 to 32 in 2010.  The number of Bachelor’s degrees awarded in 2001 fell to 120 from 863 in 1978.

The reason for the lack of interest in the nuclear sector should be obvious.  Ever since the Three Mile Island core meltdown in the U.S. in 1979, and the Chernobyl disaster a decade later, university students have shied away from the field that was once hailed as the science of tomorrow.  For all intents and purposes, nuclear energy still holds untold promise in securing the world’s energy needs.  However, humankind is still in its infancy as far as understanding the properties of energy at the subatomic level, and the eminent dangers seem to be weighing on the minds of students.

The recent catastrophe in Japan only added fuel to that fire, with students entering college fearful of choosing a career with the potential to cause harm to the masses, even if they do not fully understand how many lives are saved with the advent of cheap electricity.

Hopefully coming generations will embrace nuclear power not for its marred past, but for its promising future.  Researchers have advanced nuclear energy to the point where new reactors produce minimal radioactive waste and have far extended lifelines compared to their aging predecessors.  Plus, there are exciting revelations being made into nuclear fusion reactors, which can exponentially increase nuclear capacity and almost eliminate radioactive waste as a byproduct.  Nonetheless, U.S. nuclear energy companies are going to need to work fast to fill the empty desks facing the sector in coming years, and what’s more likely than not is further outsourcing of American jobs.