US steps up solar roll-out 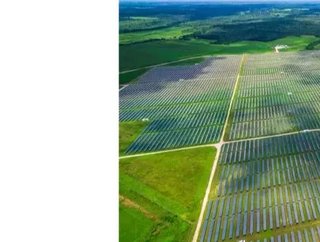 Solar projects are coming thick and fast across the US as states accelerate community facilities...

Solar projects are coming thick and fast across the US as states accelerate community facilities and strive to reduce their carbon footprint.

CenterPoint Energy has announced its Indiana-based electric and natural gas business, CenterPoint Energy Indiana South, is seeking approval from the Indiana Utility Regulatory Commission to enter into an agreement on the ac quisition of a 300MW solar array as part of the company’s long-term electric generation transition plan announced in June 2020.

The company is also requesting approval to enter into a power purchase agreement for an additional 100MWs of solar energy.

Altus Power America will be constructing a 4.5MW ground-mounted solar energy project in Kapolei, Hawai’i on the island of O’ahu. Once constructed the project will be the largest Community-Based Renewable Energy project in Hawai’i.

The project is expected to be online in Q4 2021 and will generate over 6,500MWh of electricity during its first year.

Electrify America has added 30 solar-powered EV charging stations with two Level 2 chargers each to its network in the state of California (click here).

But amid all the positive developments, there are challenges domestically and internationally.

With competition intensifying globally, American-made solar panels “cannot compete” with Chinese prices as the demand for green energy, according to one US manufacturer (click here).

The solar push coincides with President Biden’s emphasis on green energy, pledging to achieve a net-zero electricity grid by 2035 and a net-zero economy by 2050. To read the new president's top 10 energy priorities, click here.

Sharply declining costs have been key to solar's potential. The price US residential consumers pay to install rooftop solar PV systems plummeted from nearly $7 per watt peak of capacity in 2008 to $4 or less in 2013, reports McKinsey, and from 2017 to 2018, the average construction cost of solar in the US fell 21% to $1,848 per KW, according to the EIA.