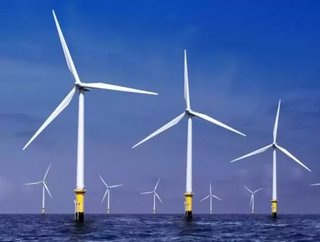 Vestas Wind Systems, the largest wind turbine manufacturer, seller, servicer and installer in the world, is targeting growth in China, India and Brazil...

Vestas Wind Systems, the largest wind turbine manufacturer, seller, servicer and installer in the world, is targeting growth in China, India and Brazil, which collectively account for more than half of the global wind system demand.   Currently, Vestas has less than a five percent market share in those countries, compared with more than twenty percent in Europe and the United States.

The Danish company is defiantly battling back from years of losses caused by overcapacity, heightened competition and falling demand.  In a restructuring effort, Vestas has cut more than 5,000 jobs, closed plants and sold unprofitable businesses.

Vestas Chief Sales Officer Juan Araluce commented by saying, “While Vestas has a strong position in new markets and mature markets, there is room for improvement in China, India and Brazil.”   Vestas has hired three new managers to head up its efforts: Ruben Lazo in Brazil, Chris Beaufait in China and John Hammer in India.  The company has plans to cut the cost of its wind turbines in China by using more local content in its manufacturing.

Araluce indicated that the company was motivated to expand their service area by increased customer confidence.  “We have improved, our reputation is back on track, satisfaction is generally stable, and 85 percent of respondents call Vestas a top-two supplier,” he said.

Vestas shares lost 96 percent of their value in the wake of the financial crisis, as subsidies for green energy were disappearing as competition grew.  But the stocks have rebounded strongly over the past eighteen months, and year-to-date, they are up 83 percent.

The company posted its third straight annual loss in December but made an unexpected return to profit in the first quarter of 2014.  They expect revenue for the year to be at least 6 billion euros and predict an operating profit margin before special items of at least five percent and free cash flow of at least 300 million euros.

Chief Executive Anders Runevad recently told Reuters writer Shida Chayesteh the company was not changing its indications for the year as a whole.  “We will come back to that when we release the report for the second quarter,” Runevad said.

“The most important focus... is to execute on our plan.  What we represent here is the long-term plan- three to five years. We have done a quarter and we have a good platform to stand on, but there's a lot of work that remains.”