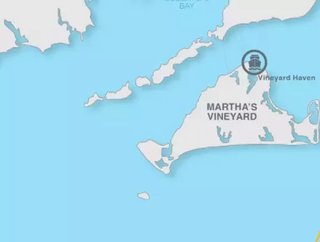 You might think Vineyard Wind has enough on its plate with its 1,604MW portfolio of clean wind energy under development for Massachusetts (Vineyard Wind 1) and Connecticut (Park City Wind).

But yesterday it unveiled two Commonwealth Wind projects under offshore wind RFPs, providing another 800MW and 1,200 MWs of clean energy - a day after it brought Vineyard Wind to financial close with $2.3 billion of senior debt raised to finance the project's construction.

Commonwealth Wind - set to be developed in an area just south of the company’s Vineyard Wind 1 and Park City Wind projects - will adhere to the 1x1 nautical mile spacing between turbines, which was endorsed by the US Coast Guard as the preferred layout for safety and navigation.

“We have used all of our experience with our existing portfolio to put together an incredibly strong proposal that, if selected, will ensure Massachusetts benefits significantly from its first-mover status in pioneering offshore wind at scale in the US,” said Lars T. Pedersen, CEO of Vineyard Wind.

“We have deliberately named our proposals ‘Commonwealth Wind’ to underline the broad benefit of affordable energy to the entire Commonwealth as well as the significant economic benefits that will be delivered to multiple regions of Massachusetts.”

Vineyard Wind, based in New Bedford, Massachusetts, is 50 percent owned by funds of Copenhagen Infrastructure Partners (CIP) and 50 percent by Avangrid Renewables, a subsidiary of AVANGRID.

Christian T. Skakkebæk, Senior Partner and Co-founder of CIP, added: “This proposal underscores CIP’s commitment to developing a robust offshore wind industry in the U.S. while also showing the tremendous potential for investment and job creation at a large scale."

Onshore work on Vineyard Wind 1 will begin this autumn in Barnstable, with offshore work commencing in 2022, and the first power is scheduled to be delivered to the grid in 2023.

The project will generate electricity for more than 400,000 homes and businesses in the Commonwealth of Massachusetts, save ratepayers $1.4 billion over the first 20 years of operation and is expected to reduce carbon emissions by more than 1.6 million tons per year.

"With the signing of these agreements, we now have everything in place to start construction, launching an industry that will immediately start to create jobs and make a significant contribution to meet Massachusetts’ carbon pollution reduction targets," added Pedersen.

Yesterday Dominion Energy Virginia, the NABTU and their state affiliate Virginia Building Trades reaffirmed their commitment to the participation of a unionised workforce in the construction of the Coastal Virginia Offshore Wind (CVOW) project.

On completion in 2026, it will consist of up to 180 turbines and generate up to 2.6GW, enough energy to power 660,000 homes. Dominion Energy is leasing 72 acres from the Port of Virginia.