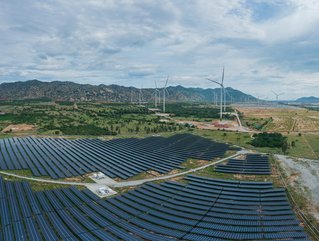 Ember research found 50 countries generate more than 10% of their electricity from wind and solar energy in 2021, up from 43 in 2020

Denmark, Luxembourg and Uruguay led the electricity-from-renewables charge, at 52%, 43% and 47% respectively, while Netherlands, Australia and Vietnam have shifted over 8% of their total electricity demand from fossil fuels to wind and solar in the last two years. Vietnam has seen astonishing growth in solar as it increased its generation by 17TWh in a single year (Phan Rang, Ninh Thuan province, in central Vietnam pictured). 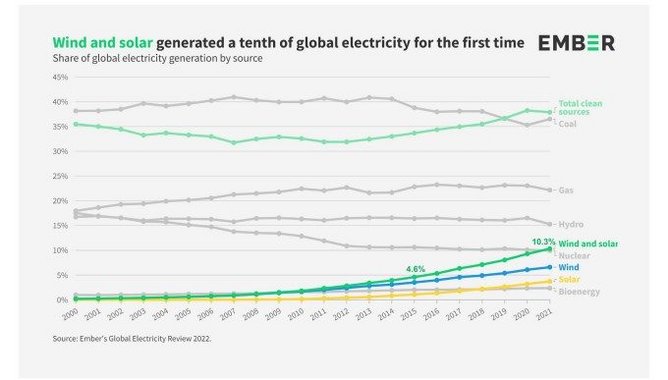 The Middle East and Africa had the fewest countries reach a landmark tenth of wind and solar. Saudi Arabia’s electricity is still less than 1% wind and solar, and the next two hosts of UN climate summits, Egypt and the UAE, have only 3%.

Dave Jones, Global lead at Ember, said while wind and solar have arrived, they need to be deployed at lightning speed to reverse global emissions increases and tackle climate change.

"With sustained high gas prices amid Russia’s war with Ukraine, there is a real risk of relapse into coal, threatening the global 1.5 degrees climate goal," he said.

"Clean electricity now needs to be built on a heroic scale. Leaders are only just waking up to the challenge of how quickly they need to move to 100% clean electricity.”

Although wind and solar are the fastest growing sources of clean electricity, the IEA Net Zero by 2050 report anticipates that a quarter of the growth in clean electricity will come from other technologies.

Wind power 'is the way forward' for UK energy sector

A survey, commissioned by global engineering and technical consultancy Vysus Group, has revealed 81% of business owners and decision makers in the UK energy sector believe that wind power is the way forward.

Moreover, 93% believe COP26 has ‘galvanised’ the UK into committing to sustainable targets. However, 92.4% of respondents agree that in our race to Net Zero, we are moving too quickly.

Over half said they are in the process of incorporating transition, environmental or sustainability targets into business planning, while 20% have already done so and 25% will do so in the next six months.

The research has been revealed as part of Vysus Group’s launch of Planit22, a year-long campaign aimed at heightening awareness of the solutions and issues faced by internal and external stakeholders worldwide, as they adjust and transition to meeting sustainability commitments.

CEO David Clark said the high percentage of respondents feeling the transition to renewables is moving too quickly comes as no surprise, as they know what is required to hit targets, and the sheer scale of capital investments, planning, due diligence and risk analysis.

“No one is disputing the objective, or what needs to happen," he said. "It’s the ‘how’ that is under scrutiny here, and those who aren’t talking about timing as an issue, those not directly involved in the process, who will have less awareness of the real challenges involved.

"As we have seen repeatedly throughout our history, the evolution and deployment of technology can rapidly disrupt and transform how our world works, and while this will be a critical factor in delivering on transition objectives, this will need to be supported by governments to ensure infrastructure can keep pace with these transformations."

Green groups are calling on the UK government to increase onshore wind, ahead of the publication of its energy security strategy.