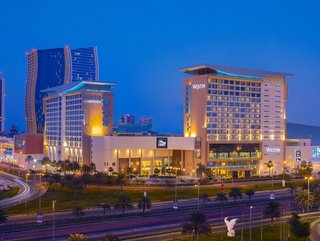 The Westin & Le Meridien City Centre Bahrain has announced the completion of installation of wind turbines, a first for Bahrain’s hospitality industry.

Wind power to light up hotels

Gani added that the initiative is part of parent company Marriot’s sustainability and social impact goals, which include commitments to sustainable operations and creating a positive impact across its hotels.