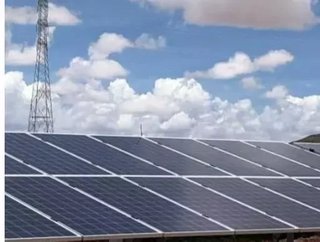 At 3,735m above sea level, Oruro is the world's highest plant and the 300,000-panel site is the largest in renewables-focused Bolivia...

The second phase of the Oruro PV plant has opened, scooping a brace of superlatives: it is the world's highest plant, 3,735m above sea level, and the 300,000-panel site is the largest in renewables-focused Bolivia.

The total cost of the two phases has been €86 million, of which €60 million came from a loan granted by France's AFD to the Bolivian State, €8.5 million from an investment grant accompanied by a sectoral technical assistance programme financed by the European Union (LAIF), and €17.5 million financed by the Central Bank of Bolivia.

The plant demonstrates the country's ability to develop renewable energy and represents a new milestone in the Bolivian government's energy transition, which is planning to reverse its energy matrix in favour of low-carbon renewable energy by 2050.

The project also supports the diversification of Bolivia's electricity mix with the consolidation of the country's energy supply, the reduction of greenhouse gas emissions (100,000 TeqCO2/year) and the generation of income for the country linked to increased gas exports and the creation of new jobs.

"Our funding mandate is part of the Paris Agreement and we are very proud to promote, with the State and ENDE, the development of renewable energy for the well-being of the Bolivian people," said Alexia Levesque, AFD Director in Bolivia.

"This project is helping to change the image of oruro's traditionally mining department by betting on new clean technologies to meet energy demand. Alexia Levesque welcomes AFD's continued work, which is also beneficial for the protection of Pachamama, the 'mother earth' in Andean culture."

Gas is also integral to country's energy mix and at the end of December the Bolivian government announced the discovery of 1 trillion cubic feet (TCF) of natural gas reserves.

The new Boicobo Sur–X1 reservoir, located in the Caipipendi field of the southern department of Chuquisaca, is run by the Spanish company Repsol with participation from Shell and PAE.

Bolivia has 10.7TCF of gas reserves that guarantees supply to the domestic market and its export commitments to Argentina and Brazil.