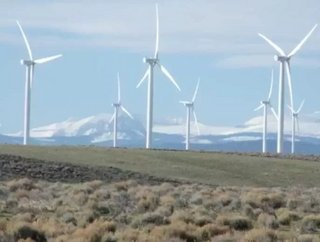 For years now weve seen the banter go back and forth between policymakers, businessmen, and the media in regard to the economic viability of wind power...

For years now we’ve seen the banter go back and forth between policymakers, businessmen, and the media in regard to the economic viability of wind power as a utilities-scale energy provider.  Technological advances and government subsidies will surely bring down the bottom line in wind power development, but let’s not forget how significant a role business partnerships can play in achieving the same goal.  Xcel Energy and NextEra Energy Resources have signed a contract to develop a new low-cost 200 MW wind farm in Colorado.

According to Xcel, the arrangement will allow for some of the cheapest wind power in the company’s portfolio. "Our contract with NextEra Energy Resources is one of the lowest we've ever seen and results in a savings of nearly 40 percent for our customers," says David Eves, president and CEO of Public Service Co. of Colorado, an Xcel Energy company.

He adds, "The addition of this 200-megawatt wind farm demonstrates that renewable energy can compete on an economic basis with more traditional forms of generation fuel, like natural gas, and allows us to meet the state's Renewable Energy Standard at a very reasonable cost to our customers."

The project was originally bid in January 2009, but 2010 saw an opportunity to rebid at a significant cost-reduction, which will offer a dramatic savings to customers.

The dramatic reduction in cost is the result of a slowing period in wind farm development resulting in a surplus of turbines in the American market.  The Colorado Public Utilities Commission’s confirmation of the market status ultimately led to the successful contract between Xcel and NextEra.

The wind farm itself, dubbed the Limon Wind Energy Center, will consist of 125 turbines sitting atop 35,000 acres.  Construction will begin in early 2012 and completed later that year.  The addition of Limon will give Xcel Energy 1,943 MW of total installed capacity of wind power in Colorado.