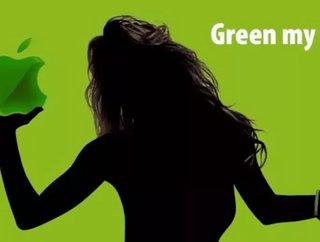 Apple has made computing simple.  Let’s face it, most people I know that have made the switch from PC to Mac rave about the user-friendly operating system that seems to be immune to viruses, and most never turn back.  Not to mention, Apple has completely changed the way we look at cell phones, handheld music players and portable computing in general.  Now it looks like the Silicon Valley behemoth is targeting the electronics recycling market.

Since 1994, Apple has operated its own green gadget recycling program.  Beginning in 2005, the program offered a 10 percent discount on new iPods when you swapped out an old one at an Apple retail store.  And while this deal still stands, the company has taken some major leaps forward in its electronics recycling services this year.

Now, you can mail your old cell phone (of any make or model, not just iPhones) to Apple and they’ll recycle it for free!  If you bring your old Mac laptop or desktop into an Apple store, they will not only recycle it for free, but also give you an Apple gift card worth the value of your used computer.  This gift card offering extends to iPhones and iPads.

Whereas Apple previously charged a nominal fee to recycle Windows PCs and monitors, the company has decided to now offer this service for free as well.

“Turn that iPhone, iPad, or computer—Mac or PC—you’re not using anymore into something brand new. Send it to us and we’ll determine if it qualifies for reuse. If it does, that means your device has monetary value that we’ll apply to an Apple Gift Card, which you can use for purchases at any Apple Retail Store or the Apple Online Store. If your iPhone, iPad, Mac, or PC doesn’t qualify for reuse, we’ll recycle it responsibly at no cost to you.”

So is this some publicity stunt to “green” Apple’s image?  Likely not.  It’s actually a very smart business move.  The second-hand computer market is huge, and considering that Apple offers refurbished computers in its online store, incentivizing people to send used electronics in rather than having to track them down is a major convenience.  What’s more, considering the sheer size of Apple, collecting raw commodities that comprise computer components now (such as gold) may help the company save on costs as commodities prices rise globally.