Bill Gates on the Energy Crisis 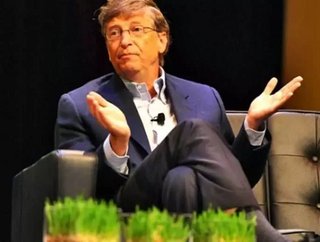 Microsoft founder Bill Gates urges more investment be made into research and development in energy innovation rather than old technologies. This messa...

Microsoft founder Bill Gates urges more investment be made into research and development in energy innovation rather than old technologies. This message came at the 2011 WIRED Business Conference in New York City. Gates warns that “cute” technologies, such as solar panels, LED lights, and energy efficient buildings are economic, but don’t address the bigger challenges faced by climate change.

“Can we, by increasing efficiency [technologies], deal with our climate problem? The answer there is basically no, because the climate problem requires more than 90 percent reduction of CO2 emitted, and no amount of efficiency improvement is enough,” says Gates.

Gates makes a valid point. Considering the increasingly devastating climate-related natural disasters occurring each year, the very real implications of climate change are beginning to take hold. Whether you are on the left or on the right, devastating floods, hurricanes, and tornadoes should be a wake up call!

He adds, “With the CO2 problem, even if the rich world did very erratic things it doesn’t come anywhere near to solving the problem. You have to help the rest of the world get energy at a very reasonable price to get anywhere… The problem is that rich countries can afford to overpay for things. We can afford to overpay for medicine, energy, we can rig our food prices… Our politicians aren’t told that we’re suffering because we’re overpaying for things.”

People in industrialized countries tend to forget that developing countries’ infrastructure is in many cases far behind modern standards, and cheap dirty energy sources developed in these countries are helping to lift them out of poverty much the same way they did for now developed countries decades ago. However, these nations often cannot afford more modern clean and renewable energy options, and therein lies the problem.

Gates goes on to discuss the promise that nuclear technology holds, and believes that increasing research and development in nuclear energy is the real solution to the energy crisis. “The good news about nuclear is that there’s hardly been any innovation, so the room to do things differently has been quite dramatic,” he claims. Gates has invested heavily into nuclear power innovation through various startups, such as TerraPower, which has designed a prototype nuclear reactor that can run for 50 years without refueling. Gate’s claims that nuclear waste is “tiny” when compared to the waste emitted from coal and fossil fuel plants. In regard to the Fukushima nuclear disaster in Japan, Gates notes that the Japanese plants were “weak” designs developed in the 1960s.

The fact is, nuclear does hold the most promise in securing the world’s energy future. Next generation fission reaction plants are safer than ever, and waste is minimal. Even better, the promise of nuclear fusion reactors is a close reality, and some fusion options, including the controversial but resurfacing “cold fusion” process, do not produce any hazardous waste at all! What’s more exciting is the energy mysteries awaiting discovery at the quantum level as researchers are just now beginning to unravel the secrets of tapping into the quantum vacuum energy field—essentially harnessing the very power of the universe itself! These are the technological breakthroughs that will move human civilization into the next age.