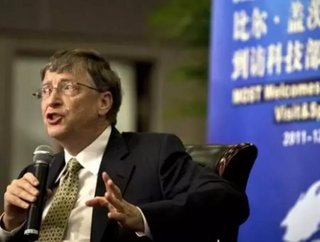 TerraPower, a nuclear power start-up backed by Microsoft founder Bill Gates, announced intentions to sell its breakthrough traveling wave reactor technology to China and a number of other foreign powers like India, Korea and Russia last week. Deemed as the future of the industry, TerraPower has found a way to combine supercomputing technology with nuclear power technology to produce cheap, sustainable energy.

Why not the US?

For starters, “Current U.S. Rules don't even cover the type of technology TerraPower hopes to use,” Wall Street Journal reported in February.

Furthermore, the Chinese government has launched a major new initiative called the “Thousand Foreign Talents” in an attempt to attract the world's best entrepreneurs and engineers from around the world, especially from the US where there is no longer a budget for certain programs promoting technology start-ups.

Dominic Basulto, a digital thinker at Electric Artists in New York, describes the situation as a wake up call for the US. “The lesson is clear: The U.S. government needs to be just as aggressive as the Chinese in creating incentives for entrepreneurs and technology start-ups to grow and mature,” he says.

US to Resume Nuclear Reactor Construction

With the environmental climate getting worse, Gates believes the poorest in the world will be hurt the most. Energy and climate are extremely important to these people—more so than anyone else on the planet. Changes in the environment will lead to uncertain farming, starvation and more poverty.

“If you could pick just one thing to lower the price of [in order] to reduce poverty, by far you would pick energy,” says Gates in a TEDs Talks conference.

Though the price of electricity has come down over time [in the rich world] with the many advances in energy over time, Gates emphasizes the need to move forward with constraints on CO2 emissions.

According to Gates, only five forms of energy will really make a difference in the future of energy: carbon capture and storage, wind, solar photovoltaic, solar thermal and nuclear. All will require significant work to overcome challenges to meet a 20 percent reduction in CO2 emissions by 2020 and 50 percent by 2050.

TerraPower will be a huge part of that movement.