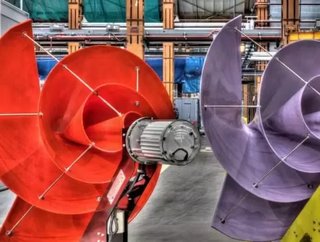 The Archimedes, a research and development firm based in Netherlands released the Liam F1, a turbine they claim carries a yield of 80 percent. Presently, turbines have a maximum yield of 25 percent, allowing the wing turbine to produce more energy out of wind, rather than traditional models.

The Liam F1 is also able to generate 1.500 kWh of energy (at a speed of 5 m/s) or half the power consumption of a European household due to its screw form, a design element engineered by Richard Rujitenbeek. By connecting roof solar panels to a home, the wind turbine is able to produce enough energy to sustain the necessary amount of energy to maintain the average European household.

Normally, wind turbines are not popular among households since the wind turbines generate a low-volume of wind and are very loud. However the Liam F1 can potentially introduce technological advancements for future wind turbines, marketing to a domestic consumerism.

According to CleanTech Canada, “By combining the form of a nautilus shell, the theories of Greek scientist Archimedes and his own mathematics, inventor Marinus Mieremet created the Liam F1 to have little resistance, making it virtually soundless.” By promoting a silence feature, the Liam F1 can potentially create a competitive market, promoting to those that prefer a quieter, more efficient domestic wind turbine for their home.

The Liam F1 has already proven to be successful by already selling over 7,000 turbines in 14 countries. With the technological advancements comes promise for potentially smaller turbines for water vehicles, such as boats.

According to dearchimedes, The Archimedes website, “The company is built on the re-invented formulas, drawings and principles of Archimedes. A durable symbiosis however is possible: Wind turbines can produce “clean” energy from Earth’s energy. The rated output will make this possible while power plants can remedy customers’ remaining demand with “dirty” energy. For households, clean energy can be realized with The Archimedes wind turbine. All our products are based on the 3P-princible, Our company works by following the waste hierarchy, we calculate our products on the Total Cost of ownership and we are trying to archieve the best possible eco-balance with Life Cycle Assessment.”