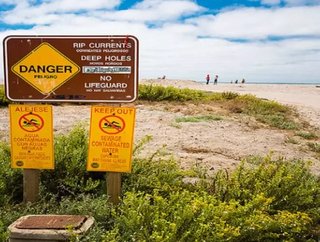 Click here to experience this article in our digital reader In the 90s, Erin Brockovich, lacking any formal law school education, was instrumental in...

In the 90s, Erin Brockovich, lacking any formal law school education, was instrumental in constructing a case against Pacific Gas & Electric Company regarding polluted groundwater supplies from the company's natural gas operations in the southern California town of Hinkley. After the case was settled for $333 million, the largest settlement ever paid in a direct action lawsuit in US history, Brockovich became unstoppable. Today, she's taking on more than local environmental issues and turning her attention to the global water crisis.

The famed environmentalist is featured as a prominent speaker in Jessica Yu's new documentary “Last Call at the Oasis,” focusing on the growing global water crisis—from the drying up of Lake Mead to the fight to keep herbicides from tainting drinking water around the world.

In a partnership with Google, Brockovich is also involved in a project to map disease clusters around the world, tying their relationship to contaminated water supplies. In a roundtable discussion with the Huffington Post, Brockovich said that the project began as she was receiving up to 50,000 emails per month from people reporting health issues in their communities. She then began to plot the communities on a map, and, realizing the magnitude and importance of the research, turned the initiative into her personal “life project.”

With children in the military, the issue also hits close to home. Studies are currently being conducted linking past chemical exposure and groundwater contamination at the Marine Corps' Camp Lejeune to increased levels of disease among former residents.

Brockovich told the Huffington Post, "You are looking at soldiers who would give their lives so we are afforded this opportunity to be here today. They come home from three, four tours of duty, and they get poisoned on their own soil. If we stand down on them, if we don't rally to look at this, it will be the biggest black eye on America I've ever known."

The thought-provoking documentary reveals some unnerving statistics: Less than one percent of the world's water is actually available to drink; by 2025, more than half of the world will lack access to adequate water; the US has the largest water footprint in the world. The film also singles out particularly alarming crisis situations in Las Vegas, Los Angeles, California's Central Valley, Michigan, Texas, Australia and the Middle East.

On a positive note, the film also highlights efforts by nongovernmental organization Friends of the Earth Middle East, which is working with Israeli, Jordanian and Palestinian officials to clean up the polluted Jordan River.

“Compromise is happening in a place where you would think it would be impossible to have cooperation,” Yu said in an interview. “We can’t all become activists overnight, and no one thing is going to change the situation, but there is tremendous room for improvement.”

Brockovich and Yu hope the new film will serve as a wake up call. From the producers of “An Inconvenient Truth” and “Food, Inc.,” Yu's “Last Call at the Oasis” is now showing in select theaters.