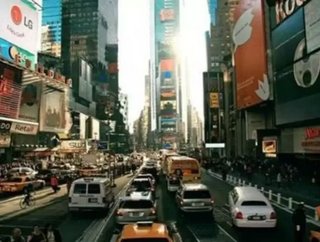 Written byKate Simms The plan for electric-vehicle integration in New York City is kind of a big deal. A 2010 report by PlanNYC, the city&#39;s compreh...

The plan for electric-vehicle integration in New York City is kind of a big deal. A 2010 report by PlanNYC, the city's comprehensive substitutability plan, explains the strategy to produce 30 percent less greenhouse gases by 2030 (compared to 2005 levels), and more than 44 percent of that reduction will be transportation emissions. The 2010 initiative hopes to reduce the amount of automobiles in the city while increasing public transportation, bicycling and walking.

This year, during his State of the City address, Mayor Bloomberg announced a plan to pilot EV charging stations throughout the city. He said his office will coordinate with City Council ensuring that 20 percent of any new public parking spots will be EV friendly.

There are currently 220 charging stations, 120 of which are for the city's own fleet. And there are an expected 400 more stations to be put in by April, according to Green Car Reports.

Over the past three months, NYC has seen a 76 percent increase in electric vehicle adoption, according to Green Car Reports. In turn, the city has made additional commitments to EV integration. According to nyc.gov, EVs make up some of the city's police, fire, sanitation and transportation vehicles. The city is slated to buy 50 Chevrolet Volts, 10 Ford Transit Connects and is testing some Navistar trucks.

In addition, the five boroughs of New York have registered about 2,000 electric vehicles. Because New York City drivers don't have home parking, they rely on commercial garages and street parking. With 10,000 new spaces dedicated to car charging, consumers in the market for a car might just be more open to an electric variety. Maybe it's a good time to sell your gas-guzzling money-sucking vehicle, find a mover at uShip and start living a more environmentally conscious lifestyle.

Good Fit for You?

So what's an ideal electric vehicle to "fit" the New York City lifestyle? The Honda Fit's initial reviews are positive. Much like the gas version, the Honda Fit has a lower center of gravity, so it's agile and fun to drive. The interior offers space for five passengers. To create a larger cargo area, the seats can fold for an airier cabin. With bio-fabric seats, climate control and a stellar navigation system, you might not know you were saving the earth when zipping through the streets of Greenwich Village. The engine produces 106 lb-ft of torque at 6600 rpm.

Other options include the Nissan LEAF, Ford Focus Electric, Toyota RAV 4 EV and the Smart ED, to name a few.

To add to the excitement, it doesn't stop in New York. The city is partnering with Philadelphia and Boston to share knowledge and exchange information on electricity usage and building codes needed to accommodate EVs. Traveling between the three cities in an electric vehicle will be done with confidence, considering they'll have readily available charging stations. The three cities make up the Northeast Regional Partnership.

Proposals are in place, but not confirmed. It seems NYC is going to see considerable growth of plug-in vehicles over the next decade. What a cleaner city it will be.

Kate Simms is an activist, grant writer and supporter or several green initiatives. She lives and writes in Maryland.