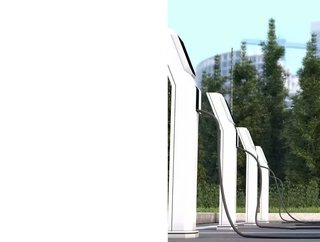 The company, a Fortune 100 listed enterprise with a revenue in excess of USD$35.9bn and employing 33,400 people, projected that this new endeavour would constitute a carbon reduction equivalent to planting and growing 1mn trees over a 10-year period.

A leader in the international nuclear energy sphere, Exelon owns 23 reactors and has a combined capacity of 35,500 MW. Generating 12% of the US’ clean energy for a customer base of approximately 10mn, the scale of its operations makes the significance of its decision even greater.

The company’s large fleet of over 7,200 vehicles enables it to make significant change by adapting this aspect of its operations alone. By its own estimate, a 30% conversion would mitigate 15mn pounds of CO2, with 50% yielding 12,000 to 15,000 metric tonnes.

Utilising a combination of vehicle types, including plug-in hybrids and fully electric, Exelon has made it clear that this decision reflects a corporate social responsibility (CSR) push to provide a better environment for everyone.

A smooth roll-off/roll-on policy, by which combustion-engine cars at the end of their operational life will be replaced with electric or hybrid vehicles, will allow the company to meet its time targets.

“Exelon is committed to providing a cleaner and brighter future for our customers and communities while achieving excellent operational performance,” commented Calvin Butler, CEO of Exelon Utilities.

Citing transport as responsible for one-third of the US’ greenhouse gas (GHG) emissions, Butler went on to say that the company was proud to take a leading role in the push for EV usage in the energy sector.

“Transportation electrification holds the promise of helping the cities and states in which we operate meet their environmental goals, reduce their carbon footprint, bring cleaner air to all communities we serve and create economic opportunity through job creation and reduced energy costs.”

Energy efficiency as a vehicle for change

However, efficiency doesn’t stop at its energy supply; Exelon will bring this same attitude to its new fleet also.

Calculating that 65% of its’ vehicles engine hours are spent ‘idling’, the company will equip its heavier vehicles (i.e. those which cannot currently be electrified) with ‘idle mitigation units’ which will switch off their diesel engines and instead run on a plug-in battery.

It is by this thorough reimagining of transportation that Exelon stands to make a real difference in its pursuit of cleaner, better operations.