Ford to Cut Landfill Waste by 40% per Vehicle 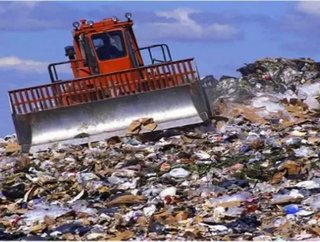 Ford&#39;s new five-year global waste reduction strategy calls for a 40 percent per vehicle reduction in the amount of...

The new strategy also builds on the success the company saw between 2007 and 2011, when the amount of waste sent to landfill per vehicle dropped from 37.9 to 22.7 pounds – a 40 percent reduction. Reductions were accomplished through the launch of new initiatives and programs, such as paint waste recycling at facilities in Australia, Thailand, India and Spain.

Ford plans to continue reducing the amount of waste-to-landfill by emphasizing prevention, minimization, reuse and recycle of waste whenever possible. Specific actions include trying to reduce or eliminate the amount of certain kinds of waste from entering Ford facilities in the first place.

Other actions identified as key near-term goals for waste reduction at Ford facilities around the world include:

Expanding programs that deal with managing specific kinds of waste like metallic particles from the grinding process and paint sludgeDave Lewis, environmental engineer at the Van Dyke plant, said he believes one particular aspect of the new global waste strategy could yield the best results – enabling and encouraging local personnel to affect change.

"It's very empowering to be able to address a problem that is so important – and not just to our plant or our company – but society in general," says Lewis. "Without the power to implement such change, some of the best solutions could never see the light of day."

Between 2010 and 2012, Van Dyke kept 111 tons of waste from landfill. Van Dyke became a zero waste-to-landfill plant in late 2012 after the environmental committee there figured out on their own how to deal with giant, 8-foot-long, 350-pound fabric coolant filters that were creating 10 tons of waste a month.

The local committee worked with Ford's Powertrain Operations and the Environmental Quality Office to develop a way to properly manage the waste filters by finding separate recyclers for the used filters and the materials they contained post-use. A video showcasing Van Dyke's waste-to-landfill reduction efforts can be found here.

Robert Brown, vice president, Sustainability, Environment and Safety Engineering, said Van Dyke is being used as a model for Ford facilities around the world, exemplifying how Ford will succeed in reaching the goals outlined in the new waste reduction strategy.

"We are always evaluating how our operations handle waste around the world, and we consider Van Dyke just one of many successes we've had," says Brown. "We use Van Dyke's waste reduction efforts to not only exemplify what can be done, but what should be done."

Ford's push to establish more zero waste-to-landfill facilities globally is one element of the company's commitment to reducing its environmental impact. Other initiatives include: