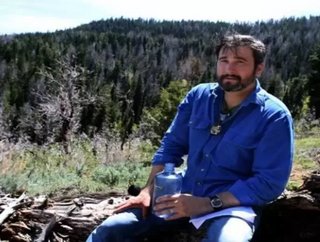 Winners of the famous Grantham Prize for Excellence in Reporting on the Environment this year went to the Salt Lake Tribune&#39;s &ldquo;Our Dying Fo...

Winners of the famous Grantham Prize for Excellence in Reporting on the Environment this year went to the Salt Lake Tribune's “Our Dying Forests,” an investigation into what's causing massive red and gray swaths of dead trees throughout the West.

On a journey last year, Loomis and Egan discovered a new problem occurring with the natural, cyclical outbreak of bark beetles: it had exploded to unprecedented levels. Loomis' reporting tied the trend to climate change, which has created a hospitable environment for beetles, and thus, a more perilous future for alpine forests. According to his findings, few of the Intermountain West's famous ski area and national parks will ever look the same again in our lifetime.

The Grantham Prize jury noted that Loomis' “methodical research and measured reporting” held great “potential to help thousands of readers better understand the small and large impacts of climate change with an approach that can be replicated in newsrooms across America.”

"Experts have long been aware of the dangers implicit in the wholesale disappearance of ancient forests," Robert Semple Jr. of The New York Times, a Grantham juror, said in a statement. "Brandon Loomis’ incredible reporting has now deftly alerted a wider public to this important issue."

Established in 2005, the Grantham Prize recognizes journalists for outstanding reporting on the environment to improve the public's understanding of the most critical issues facing the world today. Special merit winners at the event included: Paul Greenberg, author of the book Four Fish: The Future of the Last Wild Food; Gary Marcuse and Betsey Carson for the documentary, “Walking the Green Tiger: A Green Movement Rises in China”; and a group from the University of North Carolina Chapel Hill for their series “Coal: A Love Story.”