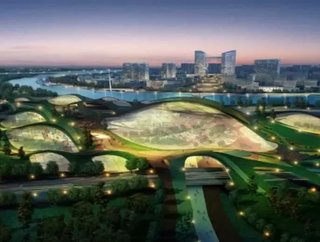 There&#39;s no question about it&mdash;China is aggressively making sure it dominates globally in renewable energy and sustainable development. Home t...

There's no question about it—China is aggressively making sure it dominates globally in renewable energy and sustainable development. Home to the world's largest solar panel plant, China now makes over half of the world's supply of solar panels and is the world's largest market for wind energy, surpassing the US. In the next five years, China will invest $250 billion in electric power infrastructure upgrades and expects to cut greenhouse gas emissions by at least 8 percent by 2015.

Although many of the country's ambitious plans and policies in clean energy have made it hard for many foreign manufacturers and investors to compete, Chinese President Hu Jinatao is bullish on bolstering sustainable economic growth as part of a plan to move the world's largest energy using and polluting country toward a more energy independent, cleaner state.

As we watch China make this massive transformation, expect to see more than just solar panels on houses and wind turbines in hillsides; expect to see entire cities built around energy-efficiency and resource-conservation like the Sino-Singapore Tianjin Eco-city. Expected to be up and running by 2020, the Tianjin Eco-City will span 30 square kilometers and showcase the hottest energy-efficiency technologies, including an advanced light rail transit system and a variety of eco-landscapes powered with renewable energy.

Home to 350,000 residents, this green metropolis will serve as a model for future Chinese developments and other “eco-cities” around the world. Designed to be practical, replicable and scalable, public housing will be offered to meet the needs of lower to middle income residents, while the number of jobs to be generated within the city are expected to provide for at least half of its locals. Key Performance Indicators (KPIs) will be met in 26 different areas, including air and water quality, preservation of the natural ecology and biodiversity, green building, transportation and renewable energy.

Though Tianjin will not be the first “eco-city” in the world, it seeks to differentiate itself in several ways. “Our key focus is to sustain a liveable city and find good urban solutions to deal with the challenges of high-density urban living,” according to the website. “We want to build a practical, scalable and replicable city that will meet the needs of other fast-growing cities in China and the world.”

The controversial question remaining is whether or not the KPIs of the project will be reached under the heavy and increasing pollution in the area, especially considering the majority of some of the most important factories in Beijing have been relocated to Tianjin since 2008. In addition to air quality, water supplies in the area could also be contaminated and the prevalence of certain cancers remain three times higher than in Australian cities and Singapore.

But like most of China and the industrialized world, sustainable development will not come without challenge and the need for innovation. From green spaces to an integrated waste management system and efficient transportation networks in place, the city will produce record low carbon emissions. By the end of the year, the start-up phase of the project (3 sq km) is expected to be completed. Over the next decade, expect to see China continue to completely restructure its image as the world's worst polluting nation to one of the greenest—a phrase many thought they would never hear.