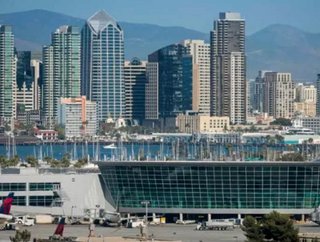 The Green Build expansion atSan DiegoInternational Airport opened to passengers today, marking the completion of the largest project in the airport&#39...

The Green Build expansion at San Diego International Airport opened to passengers today, marking the completion of the largest project in the airport's history. It was completed on schedule and is expected to be $45 million under budget.

The expansion is designed to achieve Leadership in Energy and Environmental Design (LEED) Silver certification from the U.S. Green Building Council and may achieve LEED Gold. Official LEED status is currently under consideration and is expected by mid-2014.

Key features of The Green Build include:

Called "The Green Build" due to the Airport Authority's commitment to sustainability and the environment, as well as positive economic impact, the project created a role for 7,000 workers, including local, small, disadvantaged and minority-owned businesses.

As an outcome of the Airport Authority's aggressive small business outreach program, more than $415 million in contracts were awarded to local businesses, with $118 million going to small businesses.

"The Green Build takes San Diego International Airport to a new level," said Thella F. Bowens, president/CEO of the Airport Authority. "We're excited for travelers to experience all of the benefits of the expansion, which will make their traveling experience easier and less stressful. The Green Build was a huge success all around."

The expansion was funded by user fees, airport revenue bonds, airport cash and FAA grants. The project is expected to finish $45 million under budget at a total cost of $907 million—$820 million for the project and the remainder in financing costs.