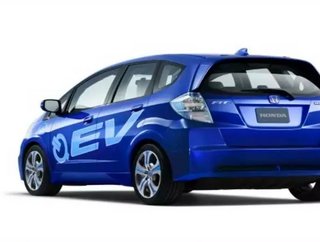 Although automakers generally shy away from offering insurance for drivers, General Motors experimented with the concept last year in Oregon and Washington, but did not expand the program once it expired.

Concerned that insurers would have trouble rating the financial risk involved with repairs of such a low-volume vehicle, Honda officials said they will be offering the insurance as a way of removing the barrier of introducing its first electric car in the US. According to some insurance estimates, a single man living in California will save up to $600 a year under the new program. And based on current gas prices, the Honda Civic will run about $1,000 more to drive 12,000 miles than the Fit, with a nighttime charging rate of 12 centers per kilowatt-hour.

Coming to showrooms in July, Honda will offer just 1,100 leases for the car. Compared to other electric vehicles on the market, the Fit EV will have faster acceleration and better passing performance, especially in “sport mode.” Honda also says the car will be more agile, with a battery pack in a flat configuration beneath the car that lowers the center of gravity. But even more impressive are improvements in range, charge time and new pricing approach.

"Every next-generation electric car is going to be a little bit better than the previous one," said Thilo Koslowski, an automotive analyst at research firm Gartner Inc, to the LA times."The technology is improving. Every mile counts. This is an area where the industry can gain a lot more expertise, but that puts early adopters at a disadvantage."