How China is Addressing Environmental Challenges 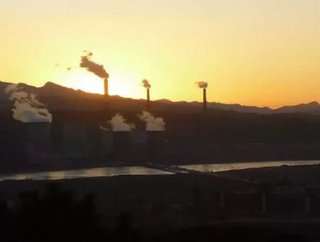 China&#39;s rapid urbanization and economic growth has created environmental problems that are being confronted with a wide range of innovative polici...

China's rapid urbanization and economic growth has created environmental problems that are being confronted with a wide range of innovative policies, according to new research published by the Lincoln Institute of Land Policy.

For more than three decades China has achieved remarkable success in economic development, but its rapid growth has resulted in widespread damage to the natural environment. In 1998, the World Health Organization reported that seven of the ten most polluted cities in the world were in China. Recent reports of extensive smog in Beijing have further reflected the environmental challenge faced in China.

Sulfur dioxide and soot produced by coal combustion fall as acid rain on approximately 30 percent of China's land area. Industrial boilers and furnaces consume almost half of China's coal and are the largest sources of urban air pollution. In many cities, the burning of coal for cooking and heating accounts for the rest.

Since the beginning of economic reform in the late 1970s, however, the Chinese government has been focused on environmental problems, particularly in terms of regulatory responsibility and enforcement at the local government level. China passed the Environmental Protection Law for trial implementation in 1979, and in 1982 the constitution included important environmental protection provisions.

Since then, various laws and policies have been put in place to address China's current and future urban environment. The 2010 World Exposition in Shanghai provided evidence that the Chinese government views its environmental problems as a priority.

The green construction of the facilities for the Expo and particularly of the Chinese Pavilion reflected the emphasis the government has placed on protecting and improving the environment through new technologies.

In addition, China has made strides in putting a price on carbon, and developed many "eco cities" that are recognized worldwide for advances in urban sustainability, such as Tianjin, Shenzhen, and Wuxi.